24 lives saved from plunging into the Lagos Lagoon (Details+Photos) 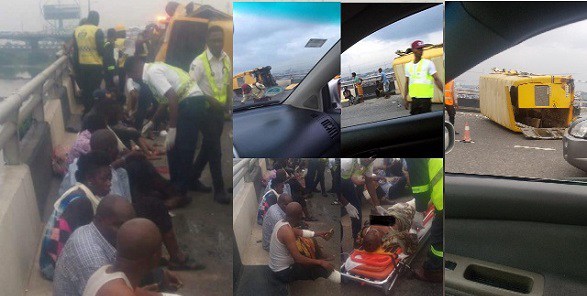 Tragedy was averted on the Third Mainland Bridge in the early hours of Wednesday, June 13th 2018. 24 passengers in a commercial bus were saved yesterday morning after the bus almost plunged into the Lagos lagoon under the third mainland bridge. According to eyewitnesses, the bus conveying 24 persons including the driver and conductor, was heading towards Lagos Island when it somersaulted on the Third Mainland Bridge but was prevented from plunging into the Lagos Lagoon by the crash barrier on the side of the road. 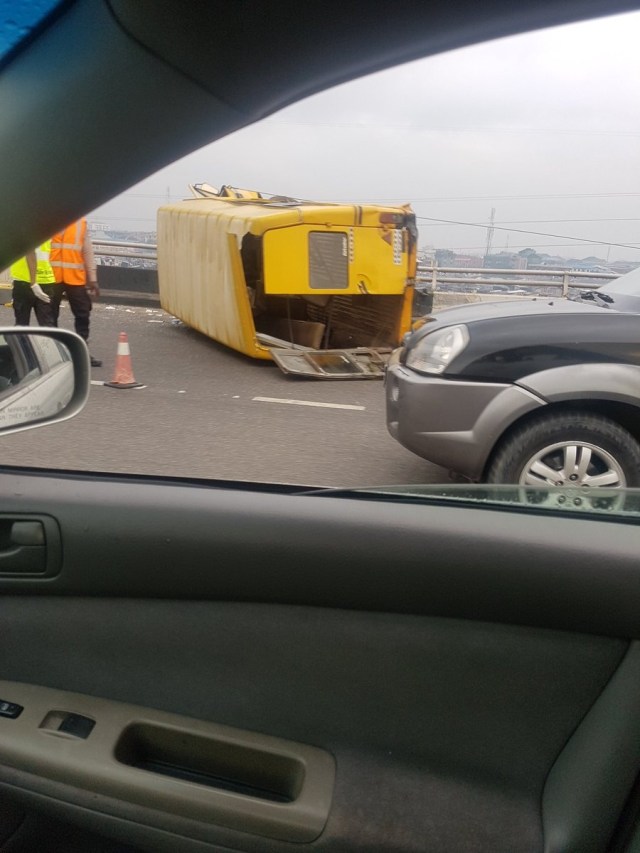 Most of the passengers sustained varied degrees of injuries.

The victims have been evacuated from the scene by men of the LASEMA response unit and are receiving medical attention at a state owned hospital. 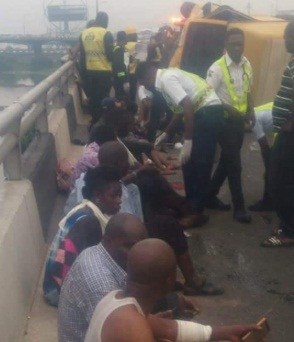 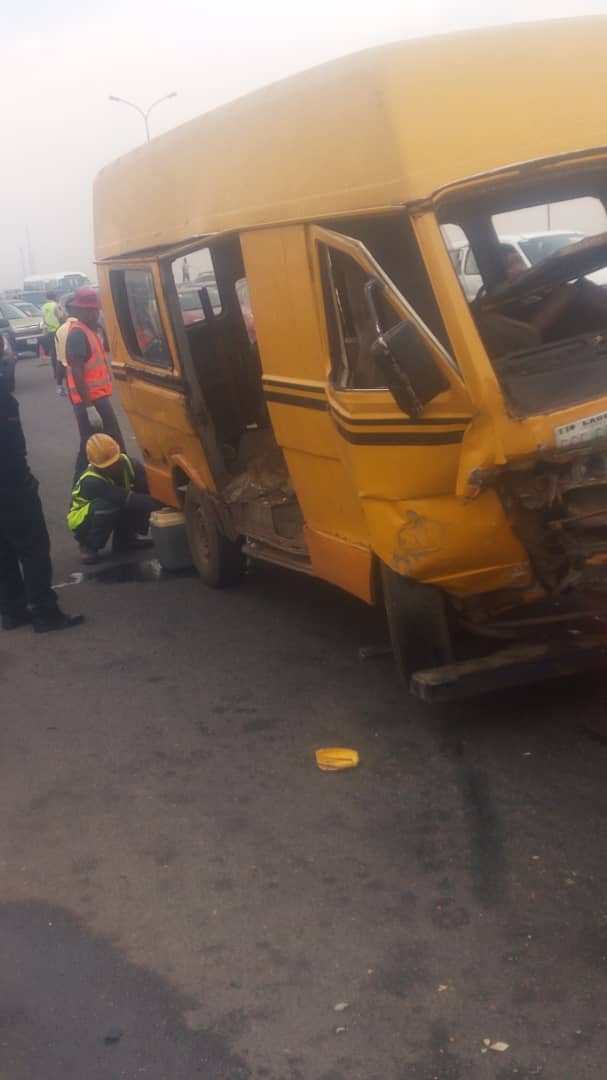