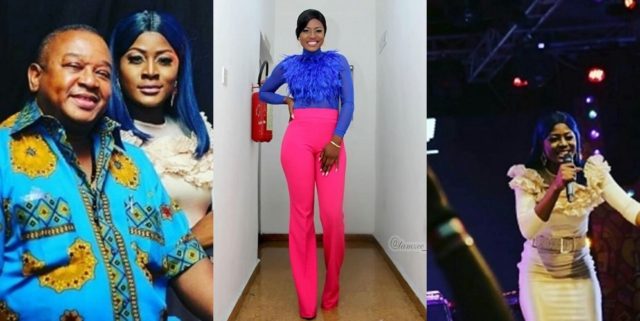 Ex- Big Brother Naija housemate, Alex has wowed her many fans with her first hosting gig in Port Harcourt. She hosted Mr. 2kay’s Elevated concert in the garden city of Port-harcourt and many fans were quite impressed with her performance. Alex who co-hosted the show with Olisa Adibua, one of the most respected executive radio and Television presenter of Beat 99.9Fm was overjoyed with this night’s event and wrote on Instagram;

“Your potential is gold hidden in you, dig to get it out” –…

There is only one thing worse than being talked about and that’s not being talked about. I’ll keep this close to heart as @olisaadibua taught me on #ElevatedConcert trip. If you don’t like to be talked about,well nobody talks about a zero. Thank you so much sir @olisaadibua for making my first hosting experience memorable. Looking forward to more works with you.

The concert was launch of Singer Mr2kay’s album tiled: `God can Bless Anybody’ on Sunday, in Port-Harcourt.

Alex unusual, known for her dancing, writing and speaking skills thrilled the crowd and engaged them all through the concert.

Some of the fans took to twitter to react to her performance using the hashtag #ElevatedConcertPH18.

Grey @greyy_k stated: “its mind blowing. I have a friend that is also an event host and she cannot believe that this is Alex’s first gig as a host.”

Atom @haewhizzy said “her confidence is on 100%…

“She surpassed our expectations and m so thankful to God He made it possible ; More hosting gig now.”

Flora Shaw @Mz¬_florashaw said: “Baby had to check in…I speak for us all when I say u killing it…carry on baby I love u we gat u..’’

While in the BBNaija house, Alex has mentioned to “Biggie’’, owner of the Big Brother house that she would love to co-host the reality show one day.

She is currently being managed by Naomad Talent Management Agency owner by Naomi Adenuga.

Meanwhile, Alex will be a panelist at the Dialogues and Cocktails, a real talk and mentorship programme organized by 360 Women Africa, scheduled for June 23 in Lagos.

She will be speaking on the topic: `Road To Discovery: How real it can get’’.

She is the first 2018 housemate to get signed by a talent agency.