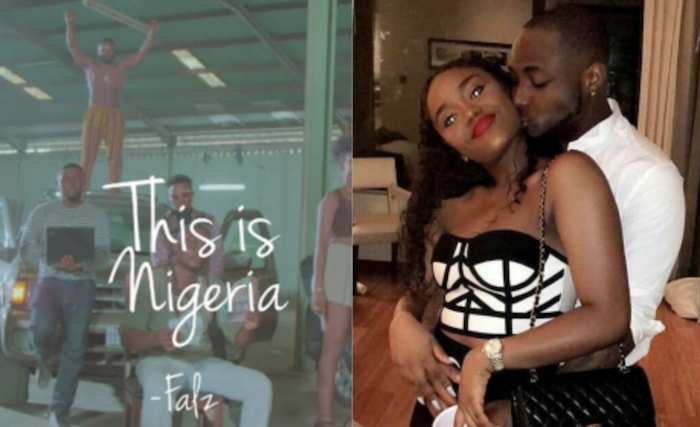 Davido’s song, ‘Assurance’ emerged as the hottest Nigerian song released last month, May 2018. Following the Afrobeat song is the controversial song, ‘This is Nigeria’ by Falz. These songs and eight others was obtained from statistics from online downloads and streaming devices like iTunes, Spotify, Youtube, radio airplay and other download devices. The list which was published in a magazine gave Assurance, the song which caught a buzz after the song owner Davido bought a Porsche for his girlfriend, Chioma on her birthday last month.

Lovely moment a baby refused to listen to any other song…

With this, Davido remains the hottest and perhaps the most bankable Nigeria music artiste as result of his feat last year wresting the pinnacle and bragging writes from his rival now friend, Wizkid. The DMW label owner may just win the BET Int’l Act 2018 award holding later this month. Falz who is fast becoming the most dominant rapper cum entertainer in Nigeria, has his trending song, ‘This Is Nigeria’ as the second most downloaded song in May 2018. The song was a subtle way of speaking out about the ills of the country which is laudable as musicians ought to do advocacy when the time arises. The video though stoked controversy because of the use of hijab-wearing ladies dancing to the song beats.

Though the Censors board, NFVCB has come out that Falz didn’t bring the video for licensing, it may just have made the song more popular and arousing curiousity. The third song is Baba by DJ Spinall Ft Kiss Daniel. Others on the list include Fake Love by Duncan Mighty Featuring Wizkid, Selense by Harrysong featuring Kiss Daniel & Reekado Banks, Olamide’s song, Kana made the list as the sixth others song released in May. The rapper who is set to get married to his baby mama soon surprisingly didn’t get any award at Headies held last month despite his hardwork.

But Kana by Olamide Ft Wizkid is sure a dope song. The other last four songs are, Overload by Mr Eazi Ft Slimcase & Mr Real, 2geda by Korede Bello, Ebeano Internationally by Mr P (P Square) and My Dear by DJ Big N Ft. Don Jazzy & Kiss Daniel. The list shows that Mr P’s solo career is gradually gaining momentum. Why not? He seems the most hardworking of the duo and has a dancing skill and themed song to explore. Also Assurance which both audio and video got released on May 1st of currently has over 7million views on YouTube.

Shocking confession of Malaysian Prison Executioner who executed over 130 people – This will break you!