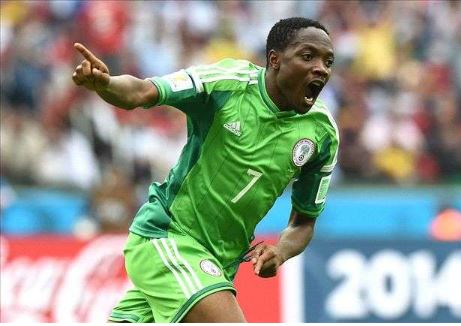 FIFA has selected the best goals from the first two rounds of games and the Musa’s 75th minute goal against Iceland at the Volgograd Arena on June 22 made the shortlist.

My family and I have not tested positive for coronavirus…

Musa surged clear of Iceland defender, Arnason, went past Halldorsson and took his time before finding the bottom corner with a player on the line.

Musa opened the scoring against Iceland when he brought the ball down and drilled a half-volley into the roof of the net from 12 yards three minutes into the second half.

Uruguay striker, Diego Forlan’s strike in the match for third place against Germany won the Goal of the Tournament in South Africa 2010 while James Rodriguez’s dipping volley vs Uruguay was the most eye-catching goal of Brazil 2014.