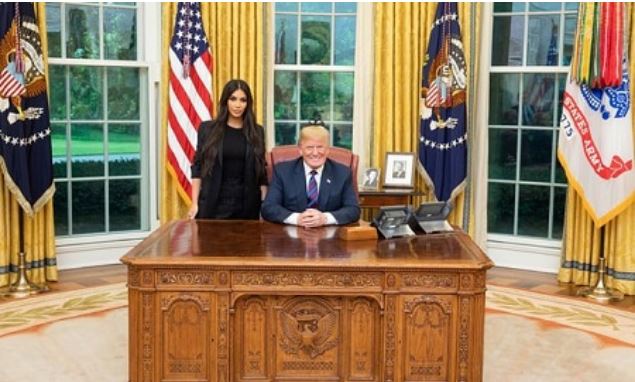 Following the meeting, Mr Trump tweeted a photo of himself with a stoic Kardashian in the Oval Office.
READ ALSO

Robert Trump Is Dead! US President’s Younger Brother Dies At…

Jul 24, 2020
“Great meeting with [Kim Kardashian] today, talked about prison reform and sentencing,”Mr Trump tweeted.
Kardashian left the White House in an SUV that was parked inside the White House grounds, which CNN notes is an unusual level of access and courtesy provided since most VIP guests have to walk through a gate before they are able to get to their vehicles.
“I would like to thank President Trump for his time this afternoon.
“It is our hope that the President will grant clemency to Ms Alice Marie Johnson who is serving a life sentence for a first-time, non-violent drug offence,” Kardashian wrote on Twitter after the visit. 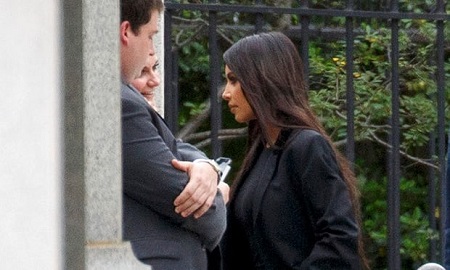 Kardashian has spoken out about prison reform previously, and has been campaigning for the pardon of Johnson, a nonviolent drug offender who is serving life without parole for those crimes.
Kardashian’s interest in the subject was sparked by a viral video posted by Mic, which described the difficult circumstances and case facing Johnson, a great-grandmother.
The White House has said that one of Mr Kushner’s focus in the administration is to negotiate prison reform a priority, however it does not appear that sentencing reforms to keep non-violent drug offenders out of jail are on the table.

Friend of Actor Michael Okon’s ex-girlfriend rains curses on him, as he sets to wed another lady tomorrow

Here are 5 questions to test the strength of your relationship

Robert Trump Is Dead! US President’s Younger Brother Dies At 71

‘I’ve never been against masks’-President Trump finally wears a…