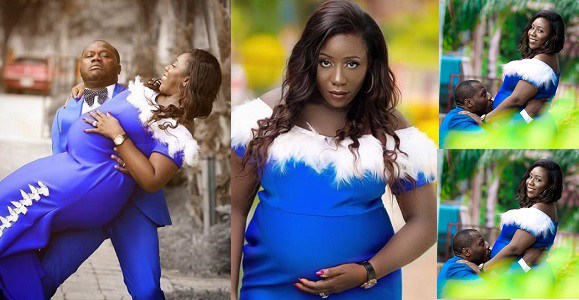 These funny new photos are that of an overjoyed man who tried to lift up his heavily pregnant wife while they were having a maternity shoot. The viral maternity photos seen on social media shows the man trying to test his strength by carrying his heavily pregnant wife. As can be seen in the photos, the man struggled to do so obviously due to her current state. The beautiful couple reportedly based in Abuja were full of excitement as they struck picture poses together.The young man also knelt down to kiss the protruding tummy of his wife. 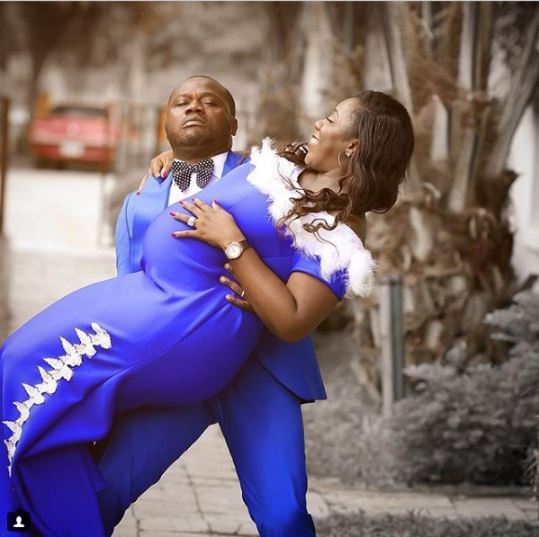 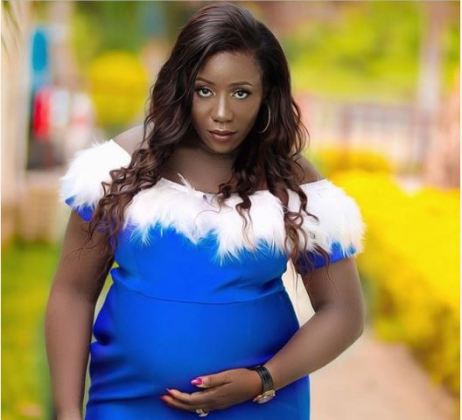 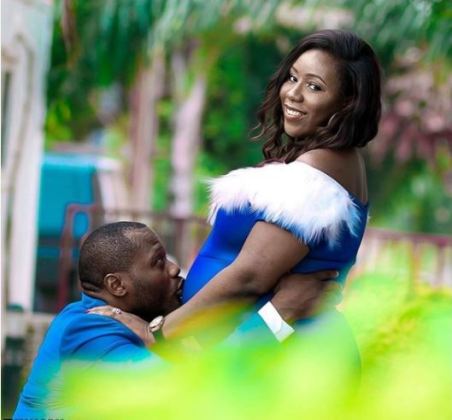