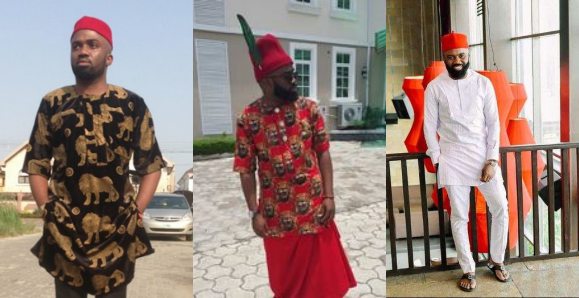 Noble Igwe is no longer a run-of-the-mill celebrity as he now officially is a red cap chief from his hometown.

The celebrity blogger took to his Instagram page on Monday, June 18, 2018, where he shared the good news. He posted a photo of his kinsmen and himself after performing the traditional rites.

Noble was asked what the title meant and what this new achievement means to him.

“Thank you very much, yes I have been conferred with a title in my place. It means that I am now a titled man in my place. You know how we in Lagos in how we wear red cap here and can’t wear it at home, now I can do that. Also now when I go for an event at my place, I can now carry a cow there because that is the highest form of respect for a titled man. You know the famous Igbo handshake which we all know, now I can actually do the handshake with my fellow red cap Ogbuefi,” he said.