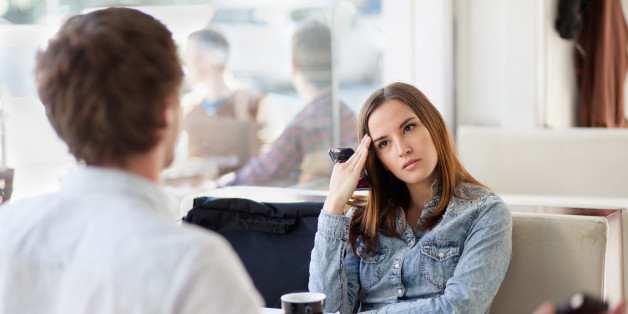 A guy who can’t open up about these things is a guy who is destined for divorce.

While we want to think that all men can be whipped into husband shape by the right girl, the truth is that love doesn’t work that way . Men need to be husband material before they can even be approached for a long-term relationship.

Ninety percent of a relationship’s ability to work is based on communication. If he can’t talk to you about the following things, he’s not a good choice for a life partner.

1. His real life goals, and not just what he thinks you want to hear.
There have been many, many divorces that happened because a guy didn’t really tell a child-free woman that he wanted kids. There have been many divorces that happened because a guy compromised on everything he wanted just to make his wife happy… until he wanted out more than he wanted marriage. If he can’t be real with you about his goals, he’s not marriage material.

2. His finances.
If you two marry, your finances are his, and vice versa . If he clams up about his earnings or his money woes, he needs to quit that before he gets hitched. Money is a leading cause of divorce, after all.

3. His sexuality.
Unless you want to deal with a relationship that has terrible, vanilla sex as the standard offering, you will look for a guy who is open about his sexuality. Guys who can’t talk about their fantasies are guys who simply aren’t going to be able to reach their full potential in bed. Why would you commit to bad sex?

4. His past.
Everyone has skeletons in their closet, but if you’re marrying the guy, you need to make sure you know what’s up . If he’s hiding something that he still hasn’t confronted, then that very issue will likely blow up in his face when he’s married . Trust me when I say that a guy needs to confront issues before he is ready to get hitched.

5. Things that bother him.
If he’s not able to actually talk about things that are bothering him, he’s going to have it repressed and pent-up until he explodes. It’s not easy to talk about, but you need to actually discuss the negative parts of a relationship. Otherwise, your relationship will turn into a ticking time bomb. At best, he’ll resent you. At worst, he’ll stonewall you when you try to get him to talk .

6. Ideas he wants to pursue.
Marriage isn’t something that stagnates . Both of you will keep evolving. As a result, you will need someone who can evolve with you , rather than just sit there and expect you to do all the thinking.

7. How he feels.
If he can’t tell you he loves you, he won’t pop the question, either.

Woman ‘sells’ her husband for N6,000 to buy new year clothes for her children

Husband and wife cheating on themselves, then this happened LOL

My wife is beautiful and strong – Foluke Daramola’s husband

“My husband sleeps with my 16-year-old sister, impregnated her and aborted” (Photos)