Shocking photos from Guatemala Volcanic Eruption which killed over 60 people

The death toll from Guatemala’s volcanic explosion has risen to 62 as a hot flow of mud, ash and gas swept down from Guatemala’s Fuego volcano on Monday following a new explosion in the morning. Volcan de Fuego, which translates to ‘volcano of fire’, known to be one of Central America’s most active, destroyed homes and blanketed nearby villages in soot as it sent clouds of ash six miles into the air. Search and rescue operations for the missing and dead were resuming this morning using heavy machinery and shovels, after they had to be suspended due to low light and dangerous conditions last night.

An undetermined number of people are still unaccounted for. 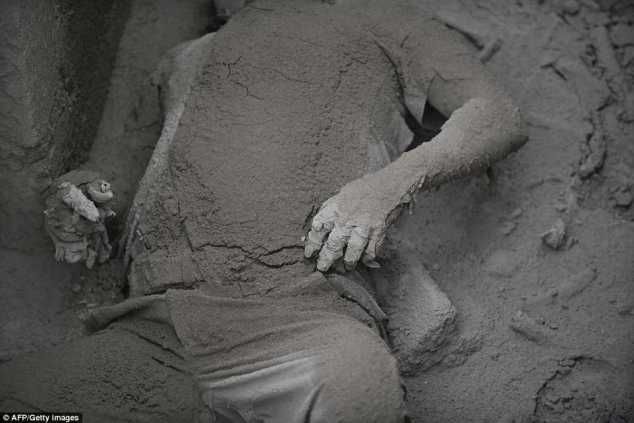 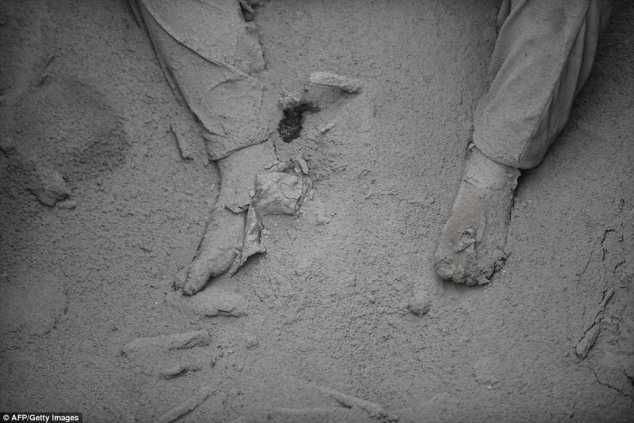 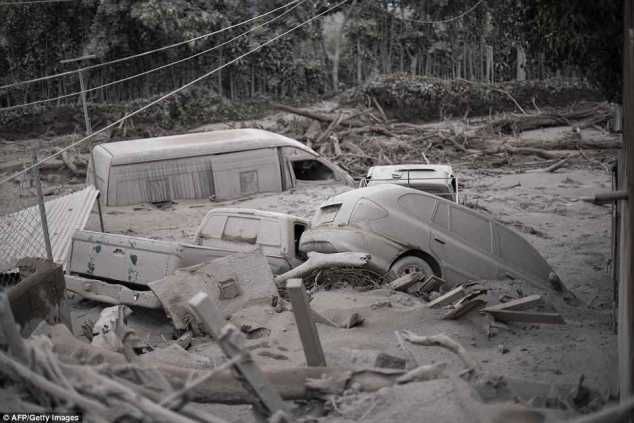 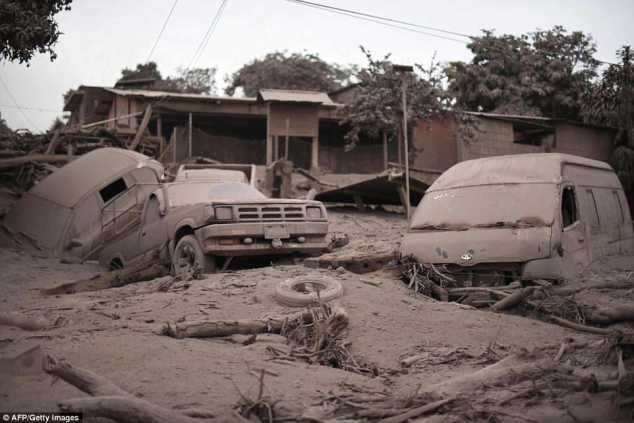 An aerial view taken on Monday of the area around the volcano covered in ash after Sunday’s explosion.

The feet of a victim caked in ash in San Miguel Los Lotes, a village in Escuintla, after the Fuego volcano erupted on Sunday.

A victim lies amid the ash as the volcanic eruption on Sunday was followed by a new explosion on Monday.

The body of a victim lies entangled with felled trees blanketed by heavy ash after the volcanic eruption in Guatemala. 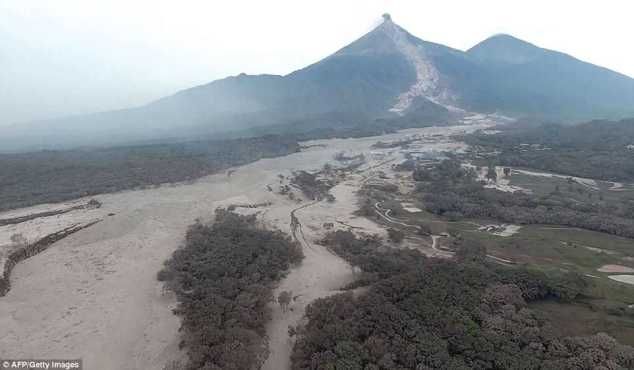 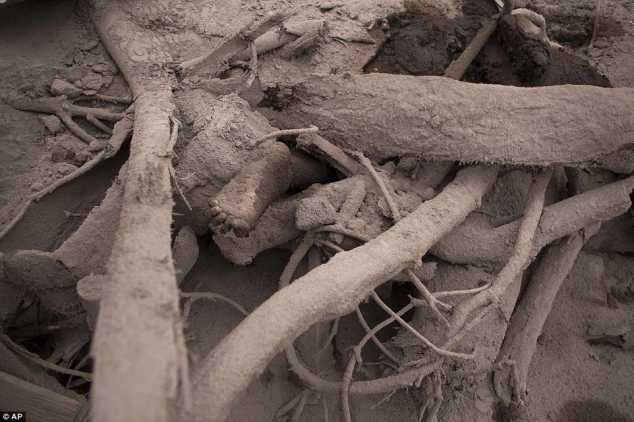 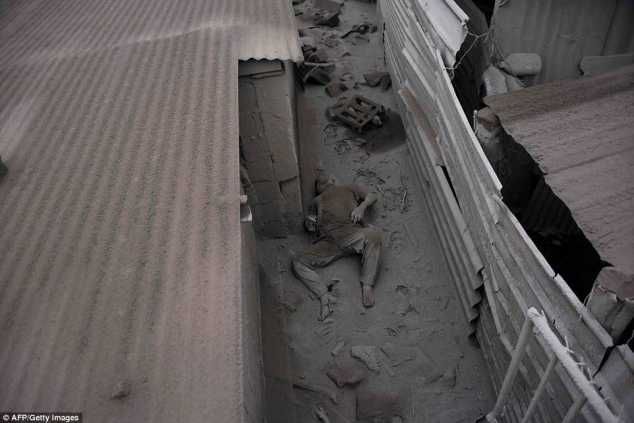 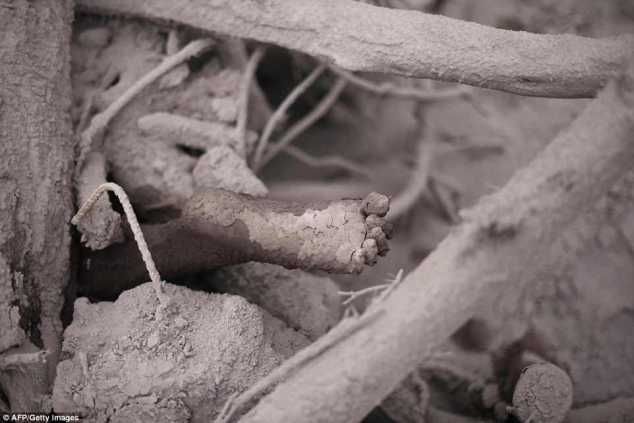 An aerial view of lorries and buildings covered in ash after the volcanic eruptionnear Guatemala City on Sunday.

A man cleans his car from the fallen ash after the Fuego Volcano, one of the most active volcanoes in Central America, erupted.

People were trapped outside La Aurora international airport which closed after the eruption. 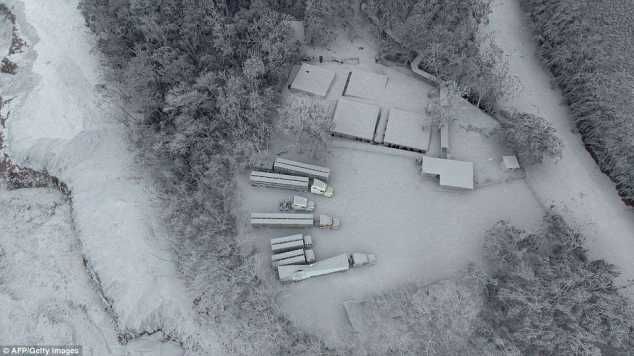 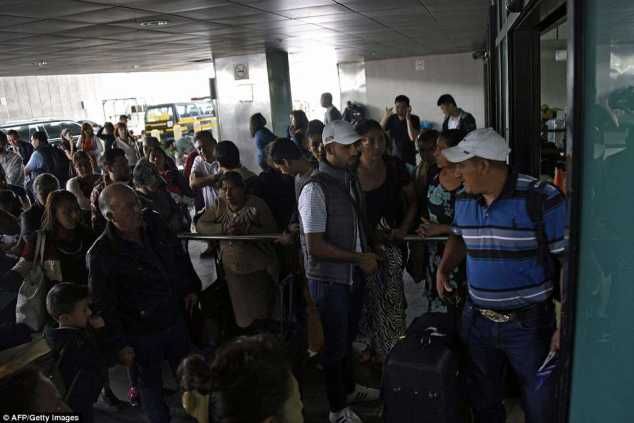 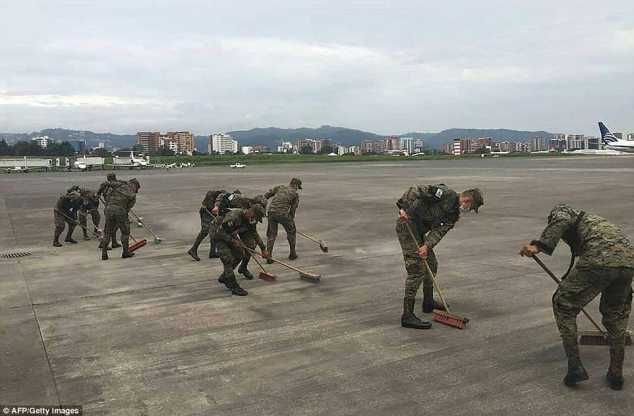