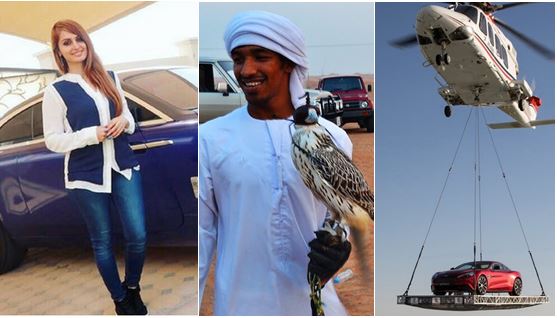 So, you thought just because you have money, you can have any girl you want? Guess again. In a city where the majority of the population is male, it’s not as easy to find yourself a girlfriend. The current ratio is three to one. Admittedly, this is mostly due to the male labor force, but still, there are too many girls wearing traditional clothes and not going out too much for Dubai to be called a great place for meeting someone. Have you ever heard such a story? Certainly not. (Source: TheNational)

Usually, money can buy any excuse, but not when it comes to regular attendance of a religious service. The rich are the leaders of the country, and they too obey the religious laws and customs, including praying five times a day. Since everything is luxurious and original in Dubai, they make sure their religion follows. So, they have a mosque that is shaped like a cube, which is available 24 hours a day. It’s supposed to be opened in 2019. Livin’ large, prayin’ large, too. (Source: KhaleejTimes)

8 Gold is their favorite color

Despite the fact that the whole of Dubai is a mass of glass, metal, and concrete, the most preferred material is gold. Surely, diamonds and crystals are very lovely, but the rich simply love gilded…well, everything. The Dubai Gold Souk is a traditional market in Dubai with over 300 retailers. If you ever step inside, you are bound to feel dizzy with the shiny yellow jewelry. The Najmat Taiba or Star of Taiba is the name of the largest ring in the world (125 pounds). (Source: GulfNews)

I no longer wear clothes that flaunt my cleavages anyhow, I have repented — Anita Joseph

10 hilariously disgusting ways girls behave when they get engaged (PHOTOS)