2 siblings abducted from their primary school in Anambra (Photo) 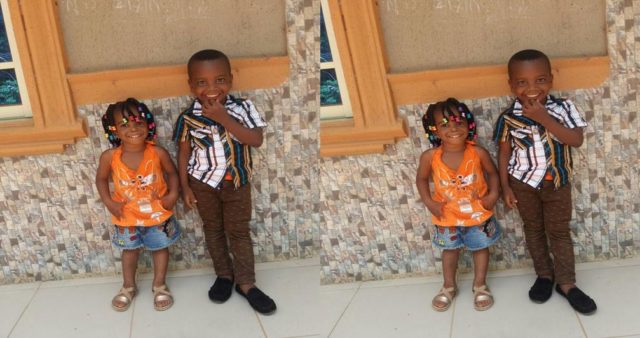 The fate of two kids of the same parents remained unknown after they were abducted and taken to an unknown location by suspected kidnappers in their school located inside a Catholic Church in Anambra State. The kids, Master Franklin Ezekwere, 4 and his sister Maryann, 2, were said to have been abducted at the Igwedimma Nursery and Primary School located inside St Matthew’s Catholic Church, Amawbia in Awka South Local Government of Anambra State. The abduction threw both the parents and school management into confusion as none had been able to explain what happened.

It was gathered that their school bags were seen inside their classes but the teachers were unable to explain what happened and their whereabouts since the incident happened.

According to the father of the victims, Mr. Nonso Ezekwere, on 3rd July 2018, the kids were taken to the school in the morning and around 2pm their mother went to the school to take them home.

But on getting to their classroom, they were not there with other pupils but their bags were right inside the classroom. He narrated that when the mother asked for the missing children, the teachers and head mistress were unable to explain or say what happened.

It was then it became clear that the kids might have been abducted and taken into captivity by suspected kidnappers. The matter has been reported to the police but efforts made so far have not yielded results as the victims were yet to be found.

The parents of the victims hailed from Ibughubu community, Umuchu town in Aguata Local Government area of the Anambra State.

The father of the victims, Mr Ezekwere, is appealing to the members of the public to report to the nearest police station if the victims were found anywhere or contact the family with the following phone numbers: O8036884905 or 08067729583.