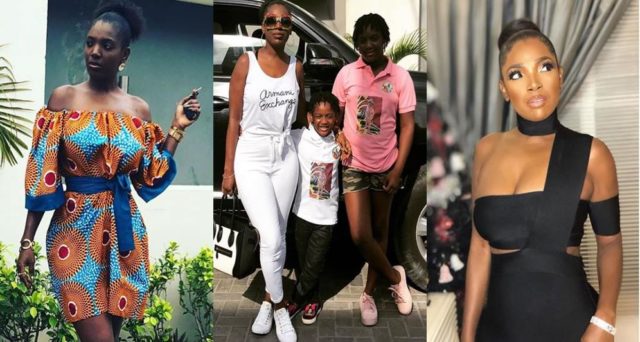 Nollywood actress and mother of two, Annie Idibia has made it known that as much as she adores children alot, she is done having more kids. The actress said this again while answering the answers of some of her concerned fans earlier this morning.

She insists that there would be no more pregnancies for her, according to her she has seven children and that should be more than enough for any family.

Annie Idibia has fully accepted her husband’s five other kids from two other women as hers, and many times, when asked how many children she has, she replies seven! Nigerians dig up old photo of BBNaija’s Nina on social media, she was an adorable kid

Actress, Yetunde Akilapa on trial over theft of property worth N7 million