“I Caught My Husband Sucking My Niece’s Chest, Sleeping With Our Maid” 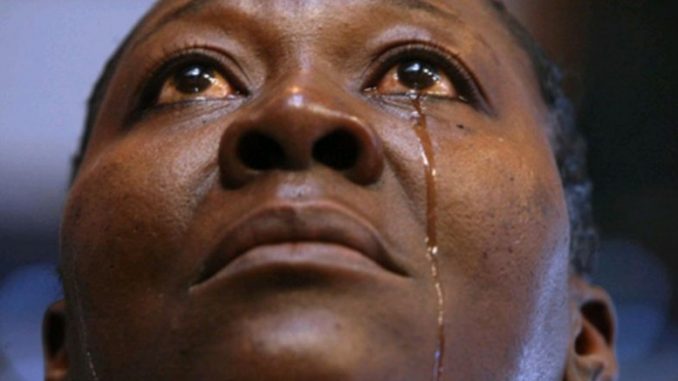 An Igando Customary Court in Lagos on Wednesday dissolved the 10-year marriage between Mrs Florence Anyasi and her husband, Stanley Anyasi over infidelity. The 36-year-old trader told the court that apart from numerous cases of his following women around, her husband used to sneak into their maid’s room to sleep with her.

“My husband is a womaniser, he used to leave me in the bed at night and sneak into my maid’s room. I have caught him severally on my maid’s bed sexually assaulting her.

“Fathers are not necessary nor beneficial” – Nigerian Lady…

“A neighbour approached me and told me to warn my husband to desist from asking her daughter to have love affairs with him.

“I once caught him sucking the breasts of my niece, who is a minor and he is also fond of wooing my friends,” she said,

The petitioner told the court that her husband had once tried to poison her when he brought food to her which subsequently caused her serious pain and vomiting.

“I was rushed to the hospital by neighbours, when I was diagnosed, it was detected that the food I just ate had been poisoned,” she said.

The mother of three said that her husband equally turned her into a punching bag, beating her at the slightest provocation, and has been calling her thief and prostitute in public.

The estranged woman stressed that her husband was irresponsible and unable to provide food or pay for the education of their children.

She urged the court to dissolve her marriage with Stanley.

The respondent, however, denied all the allegations and in turn accused his wife of adultery, claiming that her lover even bought a car for her.

“In January 2017 she came home with a car of N1 million, when I queried her where she got the car from, she claimed she bought it with her money.

“I strongly disagreed with her because she is only selling foodstuffs and can never afford that kind of a car,” he said.

The 40-year-old businessman said that his wife packed out of their matrimonial home in 2017 without his knowledge.

“I came home from work and discovered that my wife had packed all her belonging out with the children to start living with her lover.

“I called her severally, she refused to pick but she eventually picked my call last January and informed me that our last baby she delivered in May 2017 was not mine that the child belonged to the man she is presently living with.

“Before she even gave birth and packed out of my house, I always received information from people that they saw my wife in hotel with men but I always ignored them.”

NAN reports that on the allegation of turning her to a punching bag, Stanley said that he only beat her once when she stabbed him with bottle on his head.

The respondent urged the court to grant his wife’s wish for the dissolution of marriage saying that he too was no longer interested.

Delivering the judgement, the court president, Mr Akin Akinniyi, said that all efforts to reconcile the couple had failed.

“Since both parties consented to the dissolution of their marriage, this court has no choice than to dissolve the marriage.

“Both of you henceforth cease to be husband and wife, each of you should go on his or her separate ways unmolested.

“The court wishes both of you well in your new journey of life.

“The court grants the custody of the children, age 10, 8, 6 respectively to their mother, the petitioner, pending when they attain the age of 18 years to decide who to stay with.

Nigerians dig up old photo of BBNaija’s Nina on social media, she was an adorable kid