“I created controversy. I turn it on and off whenever I please” – Gifty Powers 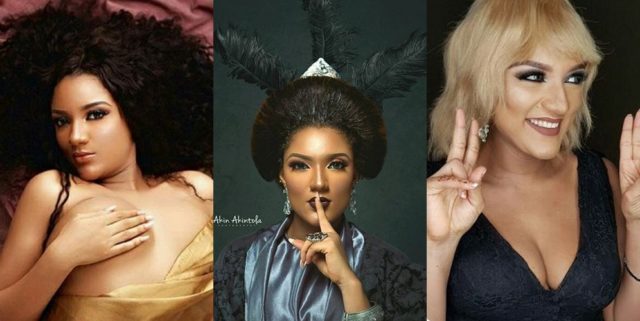 Gifty Powers has revealed in a recent interview that she intentionally courts controversy while addressing the strong criticism she got for posting nude pictures on social media.

Speaking to the Scoop, she said: “I created controversy. I turn it on and off whenever I please. As a public figure, one eventually gets used to people saying all sorts. I am totally at peace. I love all my fans and that’s what counts. For the naysayers, thanks for hating me; keep the job hot. I play my roles. Besides, no one is good on this planet. If they see me as a bad girl, then I am the worst girl.”

I have never seen a woman being praised for breastfeeding…

She also said she thought the reaction was over the top and hypocritical, insisting it was all part of show business.

“It’s normal for celebrities to attract both lovers and haters. If an artistic image of me attracts more views and for that reason, some folks are hating on it, then let them have all the fun hating. They should continue if it feeds them in some way. In my professional opinion, the artistic image of me was merely suggestive and not provocative; there is nothing indecent about it. It’s art in an idealistic form. I could even decide to sell the picture.”

‘Are You Pregnant?’ – Fans reacts to Simi’s photo…