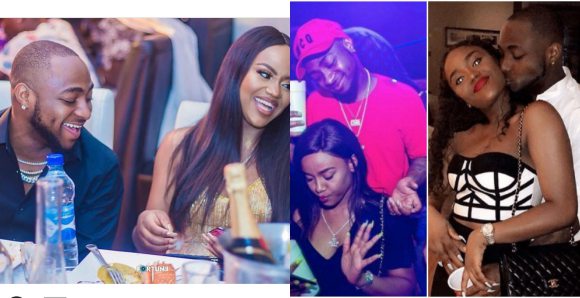 Davido, who has never hidden his feelings for his girlfriend, Chioma since they went public with their relationship, has promised her ‘forever’ again. In new photo of Chioma shared today on Instagram, the superstar Nigerian singer who described her as ‘love his life’, added that he can’t wait to spend forever with her.

He said “According to the lyrics of one of my tracks titled ‘IF’, it reveals my worth of 30 billion and I bought a porch car for Chioma, My Assurance, worth 45 million which is 15% of my worth.

“She never asked for 15 billion unlike some Nigerian girls that when they know their boyfriend is worth 20k they’ll ask for 10k which is 50% of his worth.

“Please try and change these attitudes if you want to enjoy your relationship.”

Davido also took their relationship to a whole new level, by celebrating her birthday with a new song titled “Assurance”. The singer also held a pre-birthday party for Chioma, one which he hosted himself, and in a video which trended on Instagram, he declared his undying love for his girl and also presented her a Porsche car gift to her.

The singer also took a swipe at “so many niggas” who “are in love but they scared to show it.” Davido also told guests that he has known Chioma’ for the last five years, and plans to spend the rest of his life with her.

Since then they’ve been spotted at different events together, and he has also taken her to shows he headlined across the world.

Alex cries out after she was scammed on Instagram