“I am Engaged” – Dayo Amusa 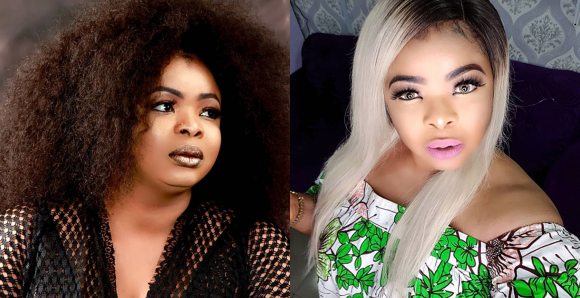 Nollywood actress Dayo Amusa is taken and is not available for a relationship, this she made clear after a fan made passes at her today on her instagram page. The actress and singer who is unmarried declared to the fan that she is taken, which simply means she is engaged after the fan jokingly asked if he could take her out on a date and even marry her.

Although the actress has not been linked romantically with any man in recent times, she is constantly talking about matters of the heart and marriage.

Dayo was born in Lagos. She is the first child in a family of five. Her mother hails from Ogun state while her father hails from Lagos. She attended Mayflower School, Ikene. Dayo studied Food Science and Technology at Moshood Abiola Polytechnic before commencing her acting career in 2002. Although she acts mostly in Yoruba language films of Nollywood, she has also acted in English language films. Dayo is the proprietress of PayDab Schools which has two locations in Ibadan and Lagos.

Did Mide Martins and Afeez Owo marriage crash – Top facts to know, How their relationship began, did they really break up & Much More (PHOTOS)

Alex says not to call her a king; she can be a queen and still rule her kingdom