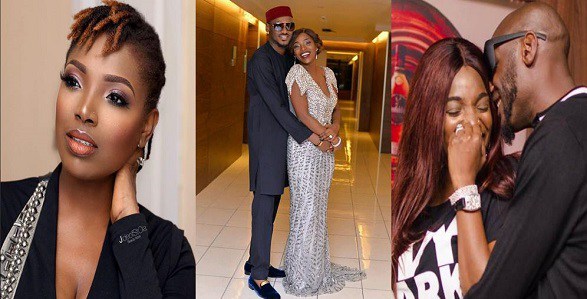 Annie Idibia has confessed that every other men she dated before her husband, 2baba was just a distraction. The mother of two made this confession while responding to questions from her fans earlier this morning.

According to Annie who is obviously obsessed and totally in love with her husband, if given the opportunity, there is still no man she would rather be with, every other man was just a distraction.

She vividly recalled their first meeting and how strong the attraction was even before they spoke a word.

During the days of Tuface’s ‘distractions’ and confusions before finally settling for his true love, Annie reportedly mingled and dated other guys but of course her heart was always with Innocent Idibia until that day he went on one knee and made everything right!