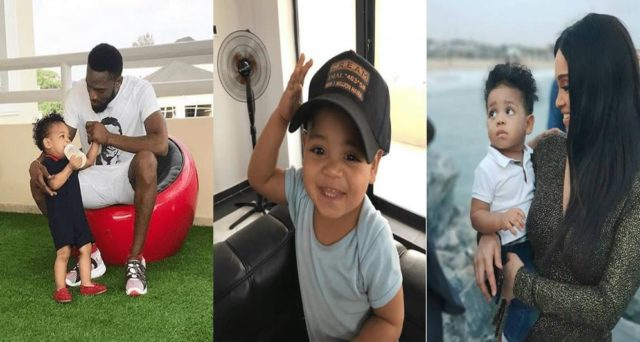 Peter Okoye and Tonto Dikeh, while consoling Dbanj on the death of his only son, made similar statements which some people find offensive. In a comment to Dbanj’s post thanking people for being there for him during this tragic time, Peter Okoye wrote: “We love you bro… stay strong. My son is your son. Remain blessed.”

Tonto Dikeh also left a similar comment, writing: “We love you Banga, Be strengthened… My son is your son too. God bless you.”

Following Peter and Tonto’s comments, some people criticized them, saying they were being insensitive and it was wrong to try to replace the position Dbanj’s son holds in his heart by offering their sons.

@miss_zee1031 wrote: “@tontolet what’s wrong with u? this is not a charity case. how cn u say “my son is ur son” it’s too soon at this point of time to b saying that… did he tell u he needed a replacement? he didn’t just loss a pet or money that cn be replaced so why say that. I totally understand how much u love him but ur write up is disgusting.”

Some other social media users shared the same sentiments as Miss Zee above, while there were those who defended Peter Okoye and Tonto and said they meant no harm.