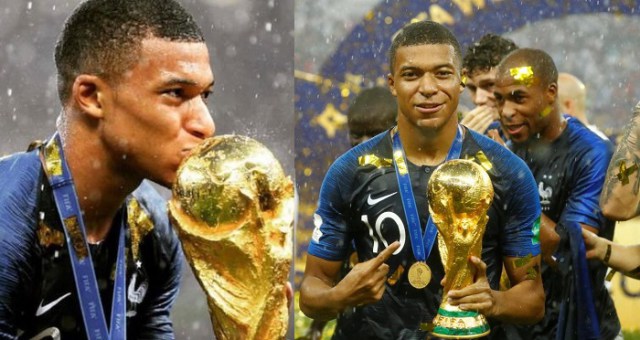 France football sensation, Kylian Mbappé, 19, who earned global recognition for his impressive performances at the 2018 World Cup tournament in Russia is donating his entire proceeds to charity.

According to USA Today, Mbappe, who scored four goals this year for France, decided to donate his earnings from the tournament to a charity that gives free sports instruction to hospitalised and disabled children in sports, Premiers de Cordee.

Real Madrid planning to splash £257m on Kylian Mbappe next…

The organisation also coordinates disability awareness campaigns for schools and businesses. After consulting with his entourage, Mbappe decided his World Cup premiums could serve a better purpose going to the charity, according to L’Equipe.

“Kylian, he’s a great person,” Sebastien Ruffin, general manager of Premiers de Cordee, told Le Parisien. “When his schedule allows it, he intervenes for us with pleasure. He has a very good [relationship] with children, he always finds the right [words] to encourage them. I sometimes even feel that [he] takes more pleasure to play with the kids than the kids themselves.”

It was learned that Mbappe who won the Golden Ball award at the 2018 world cup has been supporting the organization since June 2017.