“I get insulted for looking like Mercy Johnson” – Keira Hewatch 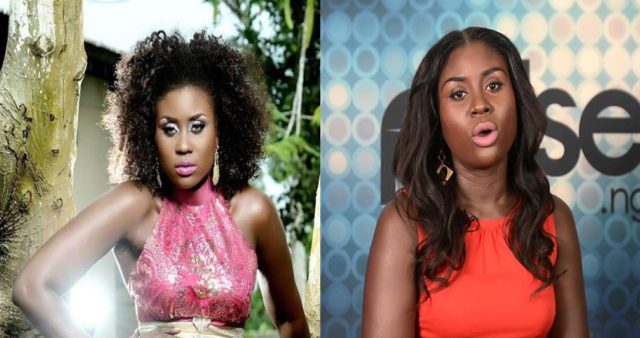 Nollywood actress, Keira Watch, in an interview with Sunday Punch talked about how her resemblance with fellow actress Mercy Johnson, has not only brought her blessings but sometimes it exposes her to some derogatory comments from people.

Read the excerpts of the interview below;

‘She was shy to breastfeed her baby’ –…

Initially, I didn’t enjoy the support of my parents because they are religious people and they believed that the industry was corrupt and immoral. They felt it was not a place for a Christian lady to be in. I understood their point of view but I had to do what I had always wanted to do.

I respect and love my parents but I also have to take charge of my life. Eventually, they came to see that and they have been very supportive of my career.

While speaking on her moment of breakthrough in the Industry, Keira Hewatch said:

I became well-known after I featured in the movie, Two Brides and a Baby, but I have done a few films that have gone straight to online television. Other movies I have starred in include In the Name of Trust, Murder at Prime Suites, Dinner, Lekki Housewives and Fifty, among others.

How her resemblance with Mercy Johnson has helped her career:

I used to get insulted for looking like Mercy Johnson. The last time I got insulted was when I starred in the movie, Two Brides and a Baby. Since that time, I have not experienced such. Back then, it made me sad because I was being insulted based on something I did not understand.

Mercy Johnson is a beautiful woman and for anyone to compare us is really something to be thankful for.

Lady Shows Gratitude To Her Sugar Daddy Over $10,000 Shopping Allowance