Lady slams Bobrisky for slaying too much 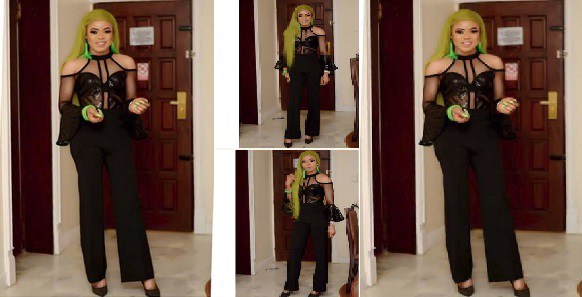 Idris Okuneye, a.k.a Bobrisky took to his social media page to share a new photo of himself slaying in a see through top. The photo which caught the attention of many had people taking to the comment section to commend the stunning and feminine look. While some ladies voiced out their opinions stating that the male barbie is actually becoming a “woman” and even prettier in recent times, a particular non-fan opted to slam Bobrisky for allegedly slaying too much.

In what looked like at epic shade, the commenter wrote;

“Stop deceiving yourself, no matter what you do you can never menstrate”

Though Bobrisky depicted some silence over the matter, other fans warned her saying that he is soon to fire back at her, after he digs up dirty facts from her life.