Man arrested for poisoning his 3 children 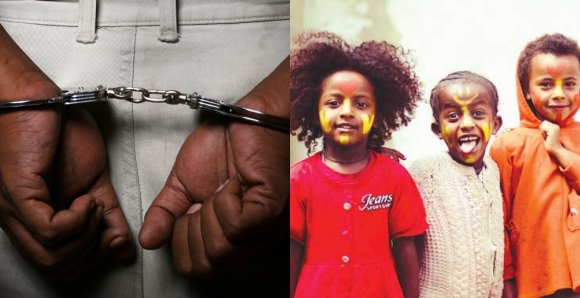 A Zimbabwean man’s attempt to poison his three children backfired and he has been charged to court on Wednesday on three counts of attempted murder. iHarare reports that,prosecutor, Mr Sebastian Mutizirwa reported that on July 11 in Dzavara Village under Chief Chinamora, the man had a domestic dispute with his father and brother.

As a result, on July 12, he reportedly took his three children aged 14, 9 and 5 to the shops. While there, he allegedly bought two 300mls bottles of Coca-Cola and termic poison.

After celebrities offered to help her, man locates Okrika…

The man reportedly proceeded to mix the poison with the drink and drank it after instructing his three children to drink as well.

The offence was discovered when at night the children and the man became ill and were rushed to Makumbe Hospital where they were treated and discharged.

The victims sustained internal injuries as a result of the poison. The matter was reported to the police, leading to the man’s arrest.
Court magistrate, Mr Milton Serima denied him bail and remanded him in jail till July 31.