Famous Sri Lankan singer stabbed to death with scissor in her home, as police declare her husband wanted 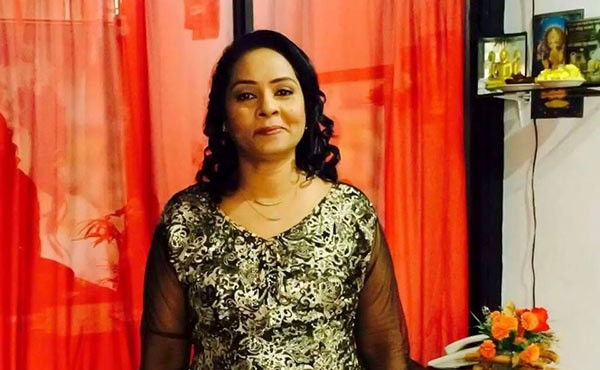 Famous SRI Lankan singer, Priyani Jayasinghe has been stabbed to death with scissors in her own home. The vocalist’s body was found stabbed to death at her home, and she’s believed to have been killed with a pair of scissors in the Kalutara District, around 17 miles south of the capital Colombo.

According to news outlets in Sri Lanka, the singer was beaten and then stabbed to death with scissors; a call was placed to the country’s emergency line 119 around 8.45pm on 8 July local time. She later died from her injuries at Panadura Base Hospital.

Authorities in Panadura are hunting for Priyani’s husband, Rasika Eden Prabhath in connection with the crime.

Priyani’s death was confirmed by her family members on Facebook.

A message posted with it read: “Rest in peace Sister Priyani..May you attend Nibbana. May you be born among us again…May you attain the supreme bliss of nibbana!!”