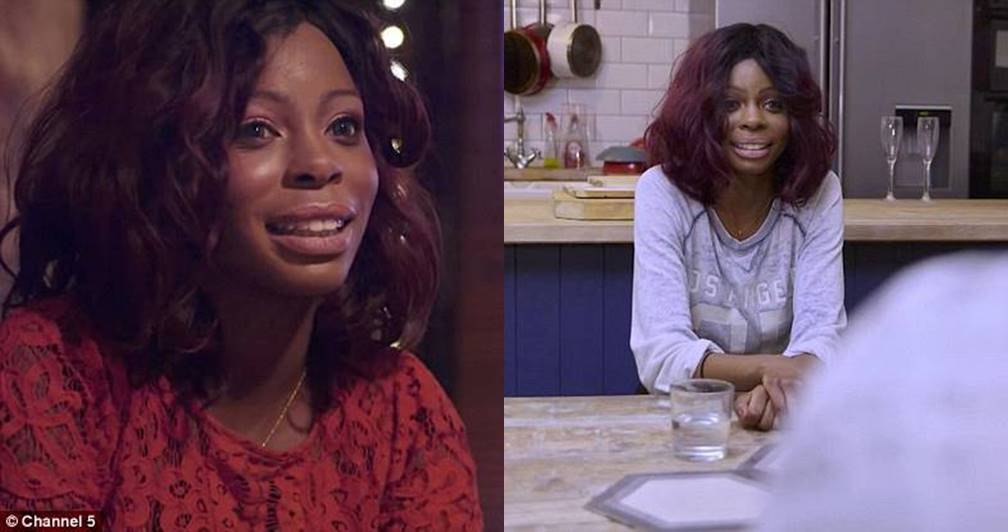 A 22-year-old lady identified as Alexis has revealed how becoming an £150-an-hour (over N75,000 per hour) escort has made her feel like a ‘new woman’ after growing disillusioned with online dating. Alexis entered the world of sex work in a bid to find ‘fun and excitement’ after a spate of bad experiences with men, and told the cameras her first experience was not as ‘sleazy’ as she thought it would be. According to The Sun UK, ALexis signed up to Cardiff’s largest escort agency – the name of which was not given – where she offered a 66 per cent cut of her hourly fee.

Alexis’s agency manager, Laurence, insists he is selling nothing more than ‘time and companionship’ – and anything that takes place during a booking is ‘mutually consenting’ between the woman and the client.

‘You’ve got quite a unique look, we’ll present you as an ebony princess.’

Laurence advised the newbie to ensure her clients hands over cash at beginning of a ‘meeting’ and to wear ‘expensive and classy’ clothing.

Alexis – whose family and friends had no idea about her new career path – was quickly inundated with offers from clients and described her apprehension during a taxi ride to her first booking. ‘I don’t really know what I’m getting myself into,’ she admitted. ‘I’m just nervous that it’s not going to be what I expected it to be.’

But after the hour was up, she was full of praise for her ‘really nice’ client – while conceding that he was ‘quite chubby’ and not her usual type.

Reflecting on the ‘awkward’ encounter later on, she said:

‘As soon as I gave him the money, he started taking off his shoes and put his socks on the radiator… he took off his jacket and was unbuckling his belt.

‘The things he was saying in my ear, it just felt good.’ Alexis concluded that for an hour’s company, it was ‘easy work’.

Flavour and ex-MBGN, Anna Banner celebrate their daughter, Sophia as she clocks 3.