Lady dies on her birthday after her boyfriend beat her up 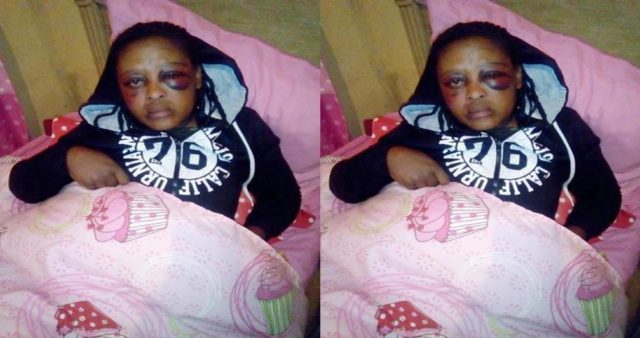 What should have been a happy day turned into a tragedy for the family of a 42-year-old South African lady identified as Manotsi Lemao, who died on Thursday, the day she was celebrating her birthday. She had reportedly been brutally beaten by her boyfriend, last Monday. Manotsi’s cousin, Mateboho Selokoma, said she discovered the truth after her husband went to collect some money from Manotsi. “He found the boyfriend. He told him that he and Manotsi had a fight earlier and she was sleeping,” said Mateboho. “I then went to check on her and I found her brutally beaten.

She had a blue eye and her body was swollen. She could not walk on her own. She said her boyfriend had beaten her up. I took her to the doctor. X-rays revealed that she had a broken leg.”

Mateboho asked her to spend a few days with her and her family – but she died on Thursday after eating her birthday cake. Police spokeswoman Sergeant Ikobeng Hlubi confirmed the incident