The other side of Bidemi Kosoko most people dont know – Her lifestyle, wedding, husband snatching story, step mum & more 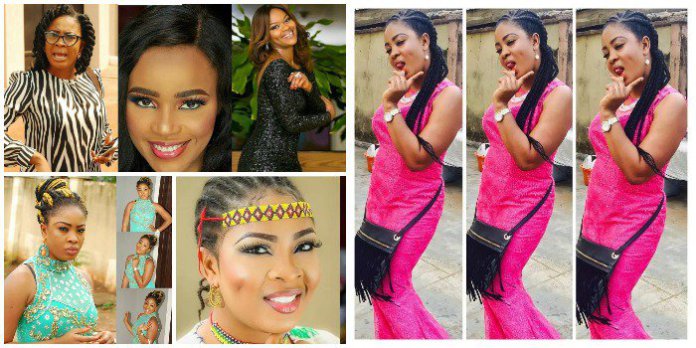 The life of Bidemi Kosoko has not been easy lately. She is now famous not because of her movie career but because of scandals! Despite this, she is a fascinating person! That`s why we present Bidemi Kosoko Biography! Take a look how she became an actress! Bidemi Kosoko date of birth is October 21, 1988. She was raised in a family of actors. Her father is famous Yoruba actor Jide Kosoko. Her stepmother is Henrietta Kosoko who was the president of Association of Theatre Arts. There is not much information about her biological mother – only that she died in 1993. Bidemi Kosoko has a sister – Sola Kosoko who is also an actress. Both sisters graduated from Lagos State University. Their specialization is Theatre Arts. Bidemi Kosoko movies are well-known all around Nigeria. People mostly talk about Bidemi`s style. She even gave an interview to Daily Mail Nigeria where she talked about her sense of style. According to her, her fashion sense comes to her naturally. She does not really have anyone she looks up to when it comes to fashion.

One of the main features of her style is her perfume choice. Bidemi Kosoko prefers scents with non-offensive fragrance. Smelling good really matters to her.

She also gave her opinion about cosmetic surgery. She is not a fan of unnecessary surgery. She believes that anything natural is beautiful. Some haters and a few media reports have pointed out her weight issues. Even her fans on Instagram often troll her about that. She was forced to give an answer to these critics. There is not much information about her wedding plans! The rumours about Bidemi Kosoko getting married started in 2015. Currently, nobody knows if Bidemi Kososko husband really exists. She gave several interviews in 2015 and 2016 that she had a man in her life. That`s all the information we have on the matter. About three months ago, Bidemi Kosoko was involved into an adultery scandal. She was accused of having an affair with Omotoyosi Rasak. He is the husband of Bose Alao Omotoyosi, a colleague of Bidemi Kosoko. One anonymous person just sent few messages to Bose Alao, where a detailed information about Rasak`s affair was revealed.

Bose Alao even posted her chat with this anonymous person on her Instagram. Bidemi Kosoko denied all accusation of her sleeping with Bose Alao`s husband. Still, the scandal keeps gaining momentum.

Despite her recent scandal, she is a very good actress. It`s certain that she is the true heir to her father`s acting legacy. Nigeria will continue to see more movies with Bidemi Kosoko in them. Also, her fans can`t wait to hear news about Bidemi Kosoko wedding plans. At this point, they do not just want rumours, they want action.

Flavour’s baby mamas, Sandra Okagbue and Anna Banner – The full story of how they met and started dating Flavour (PHOTOS)