BREAKING: Anthony Joshua knocks out Povetkin in 7th round 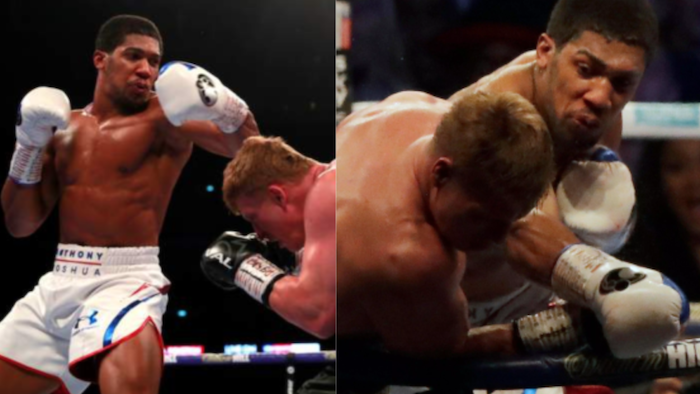 It was the first time the Russian, whose only previous professional loss was a points defeat by Wladimir Klitschko, had been stopped in the paid ranks. “First and foremost Wembley, thank you so much” says Joshua. “Povetkin is a very tough challenger. He proved that with good left hooks, counter punches. I realised he was strong to the head but weak to the body. Every jab slowed him down. These shorter guys are very strong coming through the middle but tonight’s out the way.” Joshua says he will fight someone on 13 April and “give the fans what they want” but he won’t say who it might be. “I had a good fight, I got my knockout streak back and Im ready for 13 April. There was a lot of pressure tonight. The whole country is rooting for me. I’m a heavyweight, Im a world champ[ion. The energy in here spurs you on but I do feel the pressure, I’m not going to lie.”

I have a crush on Don Jazzy – Yoruba actress, Ferrari Bongkem