Checkout Nigerian celebrities who are treading the same baby-mama path like Wizkid, but.. 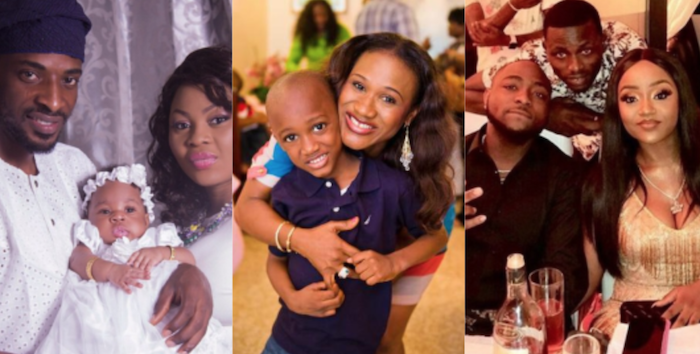 A wise man once said, “You can have as many women in your life, but make sure you are able to satisfy them and make them happy all your lifetime”… Yes, that wise man is “ME”! For some weeks now, rumours of Wizkid’s negligence towards his first and second baby-mamas and worse still, his lackadaisical approach to the welfare of his kids from these babymamas, have been brought to the attention of his fans and the general public as a whole.

In fact, it worsened in the early hours of yesterday when Shola (His first baby-mama) leaked conversations between her and the starboy.

The screenshots she put up on her Instagram handle, which was viewed by fans and carried by blogs, showed how negligent Wizkid had been towards her and her son. A lot of fans, after seeing the conversations she shared online, trooped to the starboy’s Instagram page to rain curses on him.

In this report, we are going to be looking into some top Nigerian male celebrities and their respective baby mamas.

This article is inspired by the current run-ins between Wizkid and his baby mamas. Hence, he tops our list.

Read: Where Wizkid’s latest & 3rd babymama, Jada Pollock stands in the recent mess Wizkid is in

While, it’s been all rosy between Wizkid and his last baby mama, Jada Pollock who doubles as his manager, the reverse is the case between him and the other two baby mamas, Shola and Binta.

Both baby mamas have consistently called out Wizkid on social media over his undue negligence of their sons and his failure to pay up child support.