Oyetola’s victory over Adeleke in Osun rerun has caused an uproar on Social Media. Not only are Nigerians agitated with the result being circulated, they are disappointed at how the present government handled the election. “Democracy is dead in Niugeria” – said one of the aggrieved Social Media user.

Results gathered from the 8 different polling units and collation centers in the state showed that APC’s Oyitola won with wide margin against PDP’s Adeleke.

READ: What I saw at the Polling Units during Osun rerun – US envoy reveals

Below are some screenshots of Social Media users lamenting: 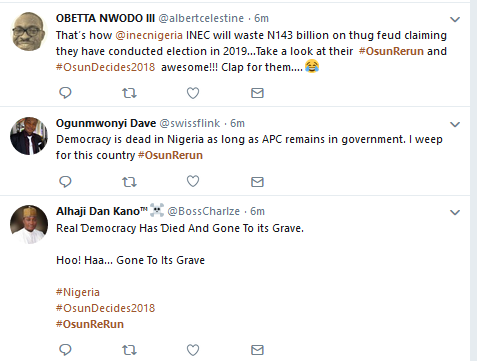 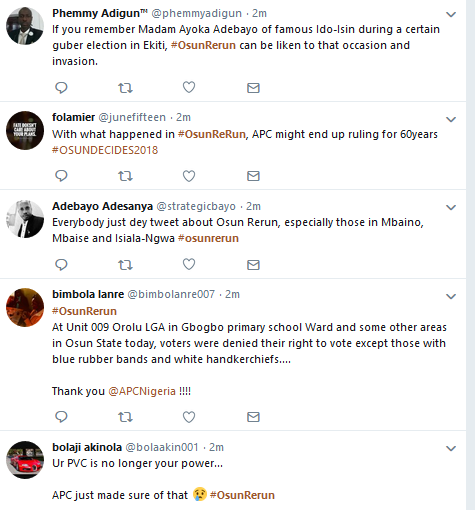 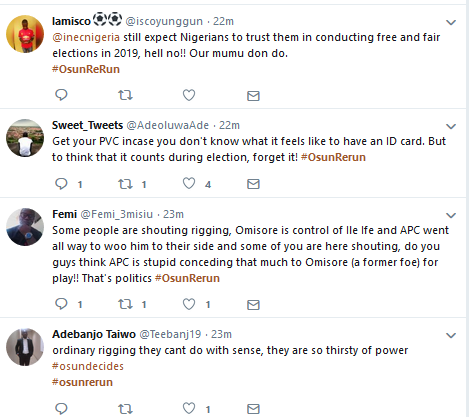 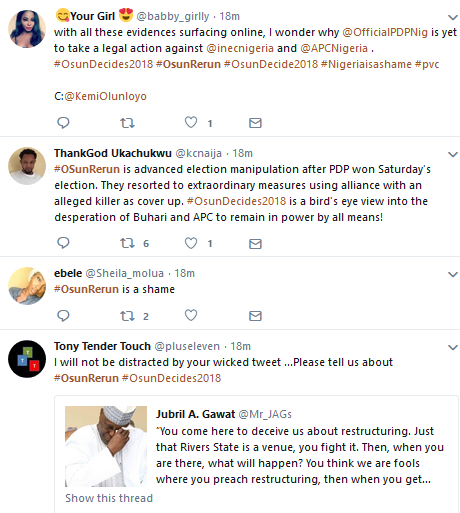 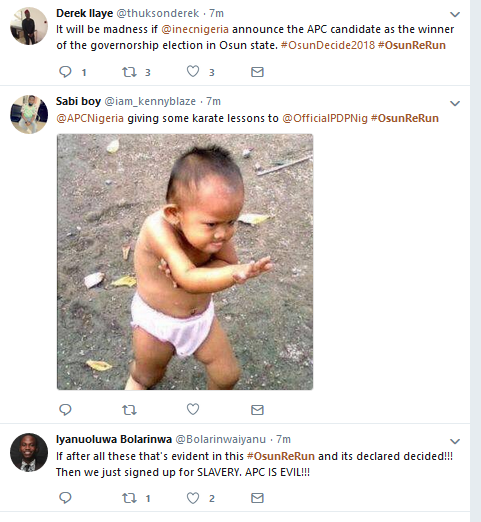 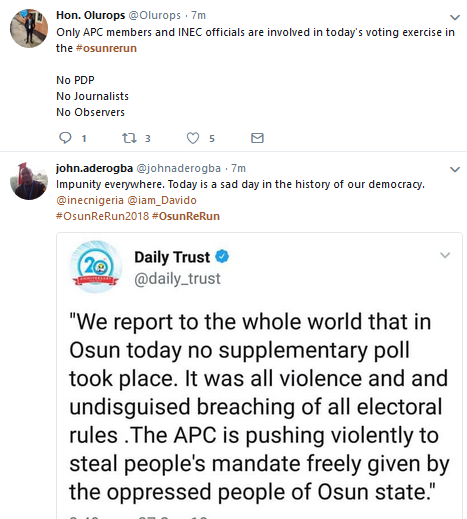