Man drags girlfriend on Twitter after she lied she was sick, but went partying with Casper Nyovest in pool party (Photos) 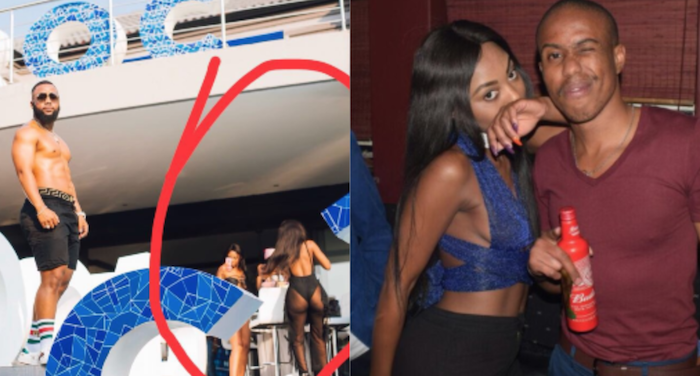 Yesterday, a distraught South African man couldn’t hide his rage and disappointment at his girlfriend for faking illness just to leave him then go for a Casper Nyovest’s pool party. The man, identified by his Twitter handle, @Dj_Techzi, took to Twitter to drag his girlfriend (probably ex-girlfriend now), for lying to him. 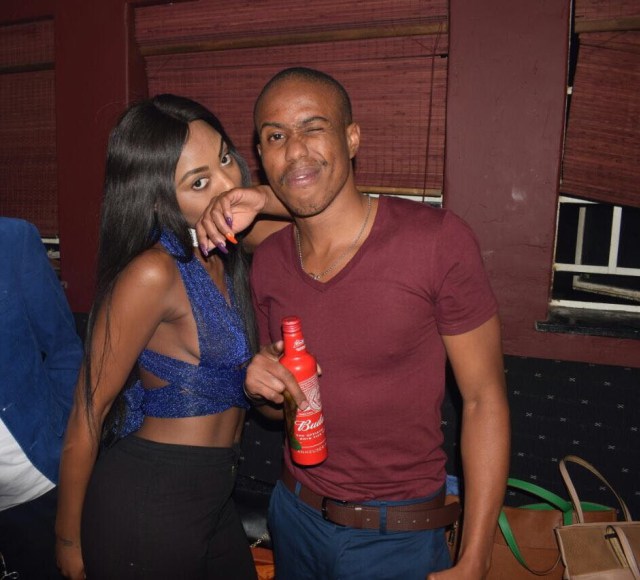 “She Said Goodnight To Me At 17:00 Yesterday Telling Me “Babe I’m Sick Not Feeling Well” Kanti okwa bose Kudu Kudu @CassperNyovest’s PoolParty. I Only Find Out Now…. Women Are Trash.” 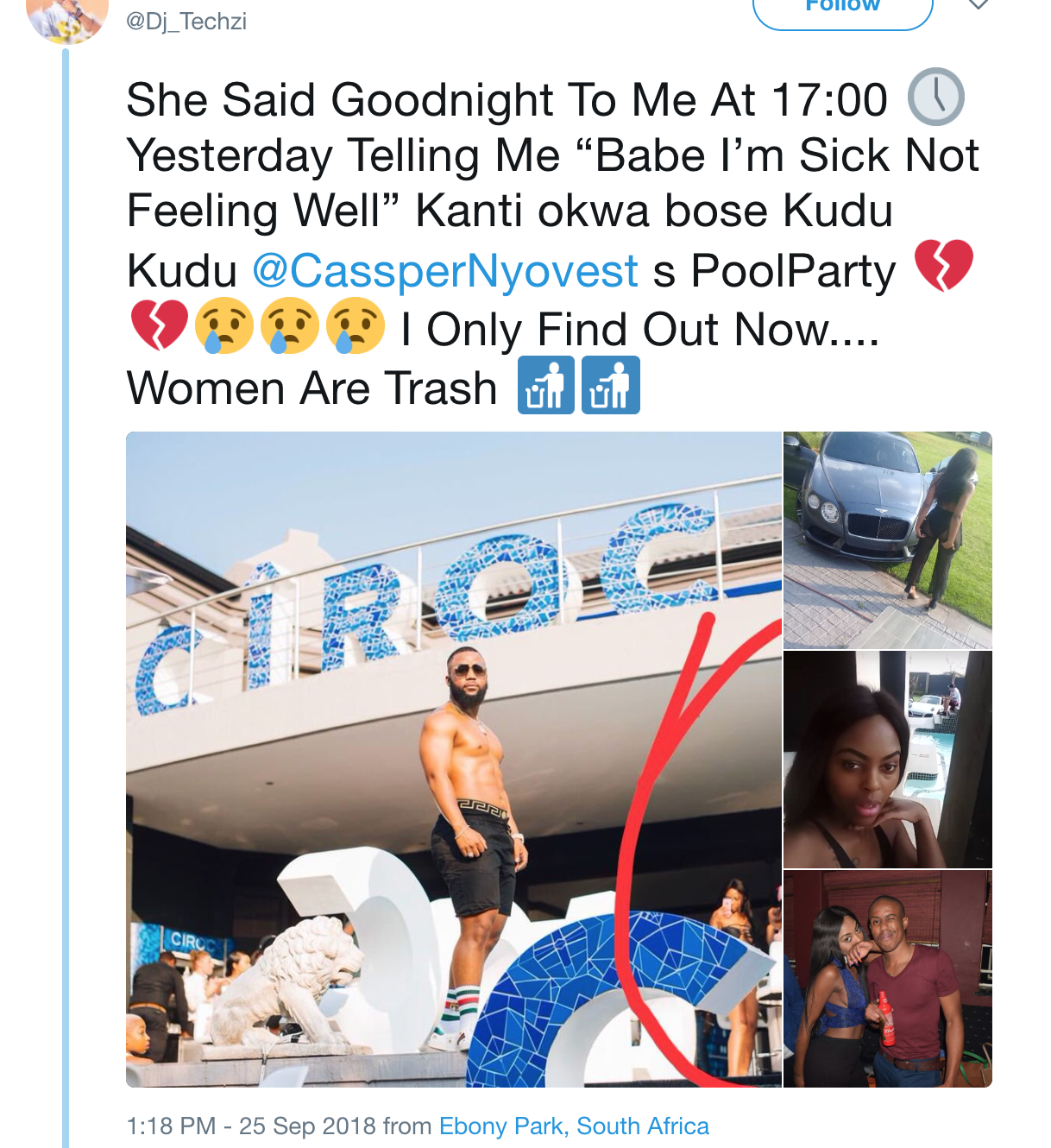 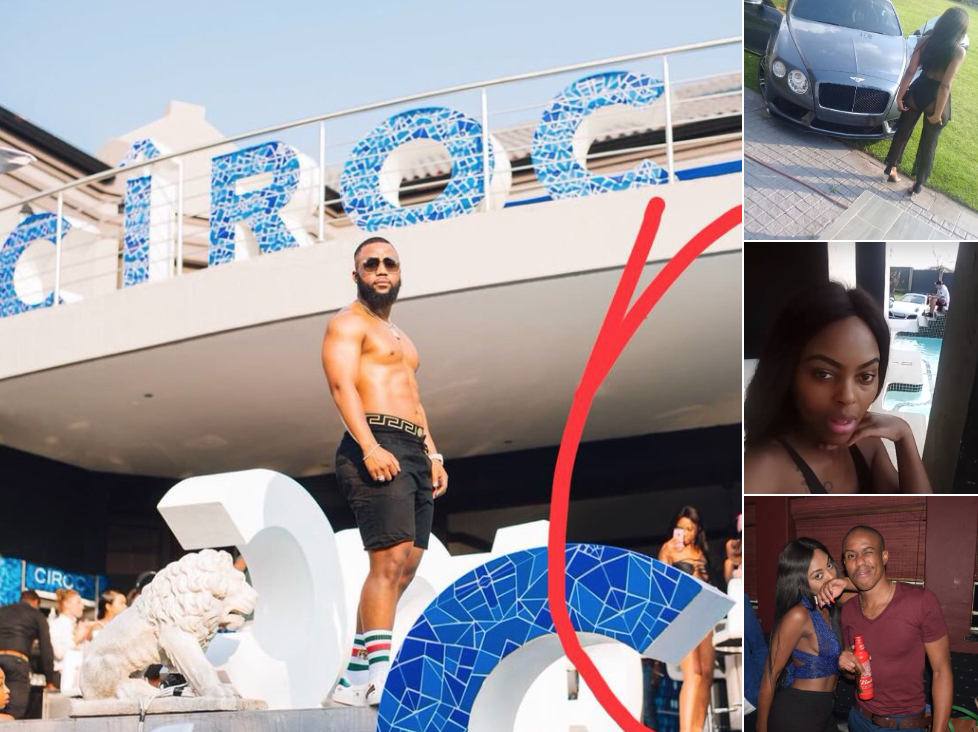