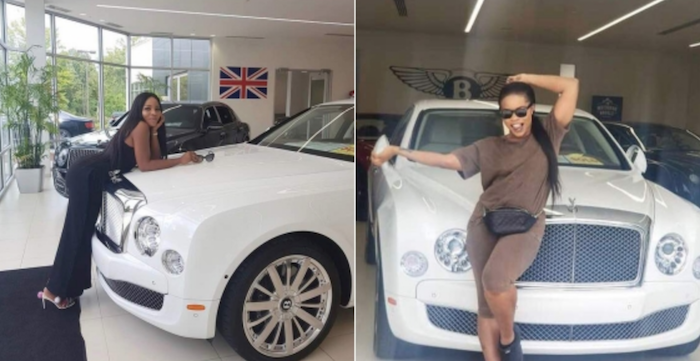 With news going around, it seems Linda Ikeji and her sisters may have some answering to do concerning her acquisition of her Bentley Mulsanne, which was reported to have being purchased at N120million by her sisters, Laura and Sandra.

“Hey lil Jayce, your mum @officiallindaikeji promised you a Bentley, now you have it!

READ: Linda Ikeji slept with my sister’s fiance two weeks before her wedding and shattered them – Kemi

Meanwhile, self acclaimed journalist, Kemi Olunloyo has rubbished Linda’s claims of buying a Bentley. To Kemi, there was and is no Bentley Mulsanne.

Olunloyo tweeted, “Linda Ikeji did NOT purchase a “Bentley automobile” from a USA car dealership. She visited @BentleyMotors in Alpharetta #Georgia. I’ve been tracking the car’s VIN# thru it’s stock number. It is NOT HERS! The buyer will SHOCK U to the core #NoPrivacy4Linda”