The movie industry, Nollywood has been under severe scrutiny of late over the “sex-for-role” scandals that have been rumoured to still be happening right under the nose of the leadership of the Actors Guild, who were appointed in February, 2018. Though most of the cases were dropped because of lack of substantial evidence, I am guessing this will be taken up.

An aspiring actress who hails from Delta State happens to be one of the latest “Sex-for-role” victim. After communicating with a director, a married one at that, she was blatantly told that the only way she could get a role is if she sleeps with him.

Aggrieved Stella took to her Instagram page to voice out her anger and expose the married director, who, according to her is a popular figure in Nollywood.

In one of her captions she says:

”I will make sure the whole world knows the kind of person u r, u r nt gud to work wit. I am still waiting for ur threat, go fulfill it, bcos u will never go scort free director Lake Asmah…”

See the screenshots below; 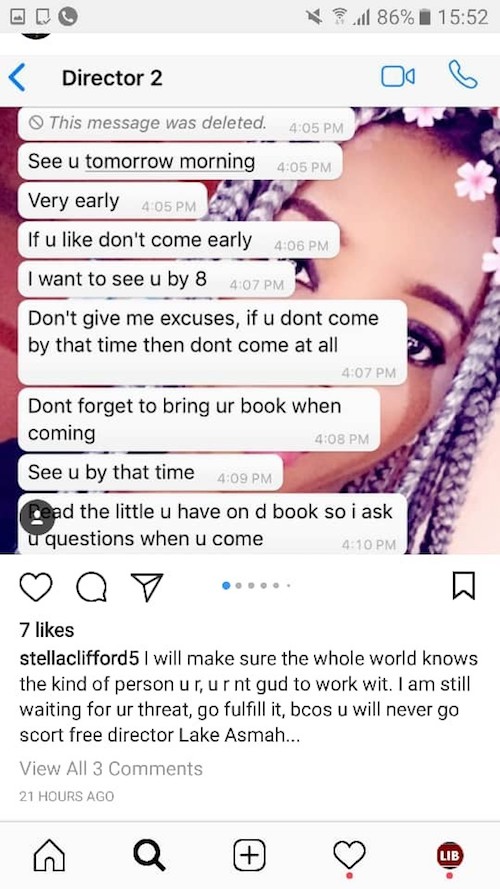 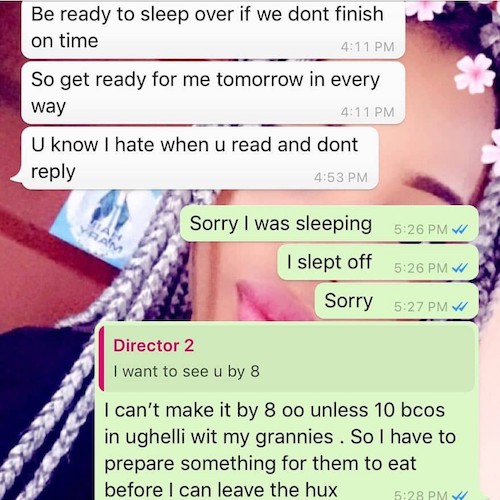 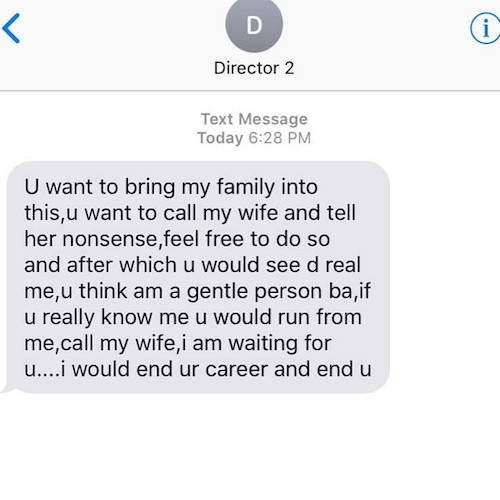 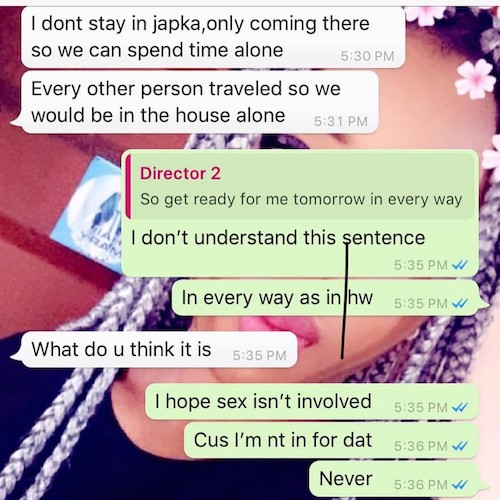 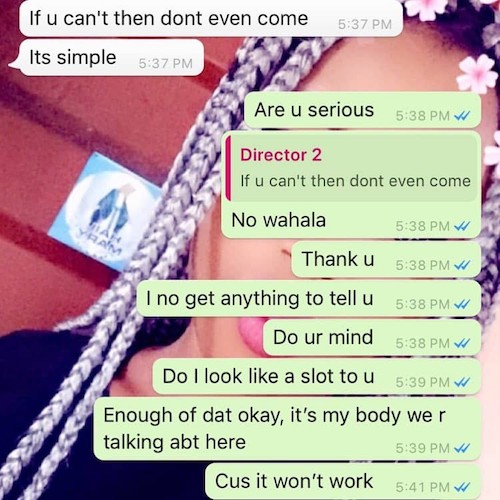 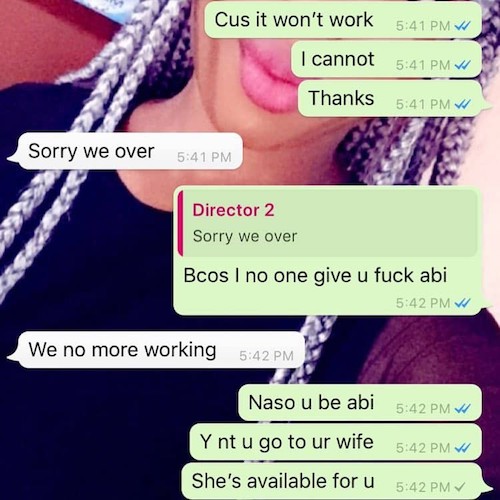