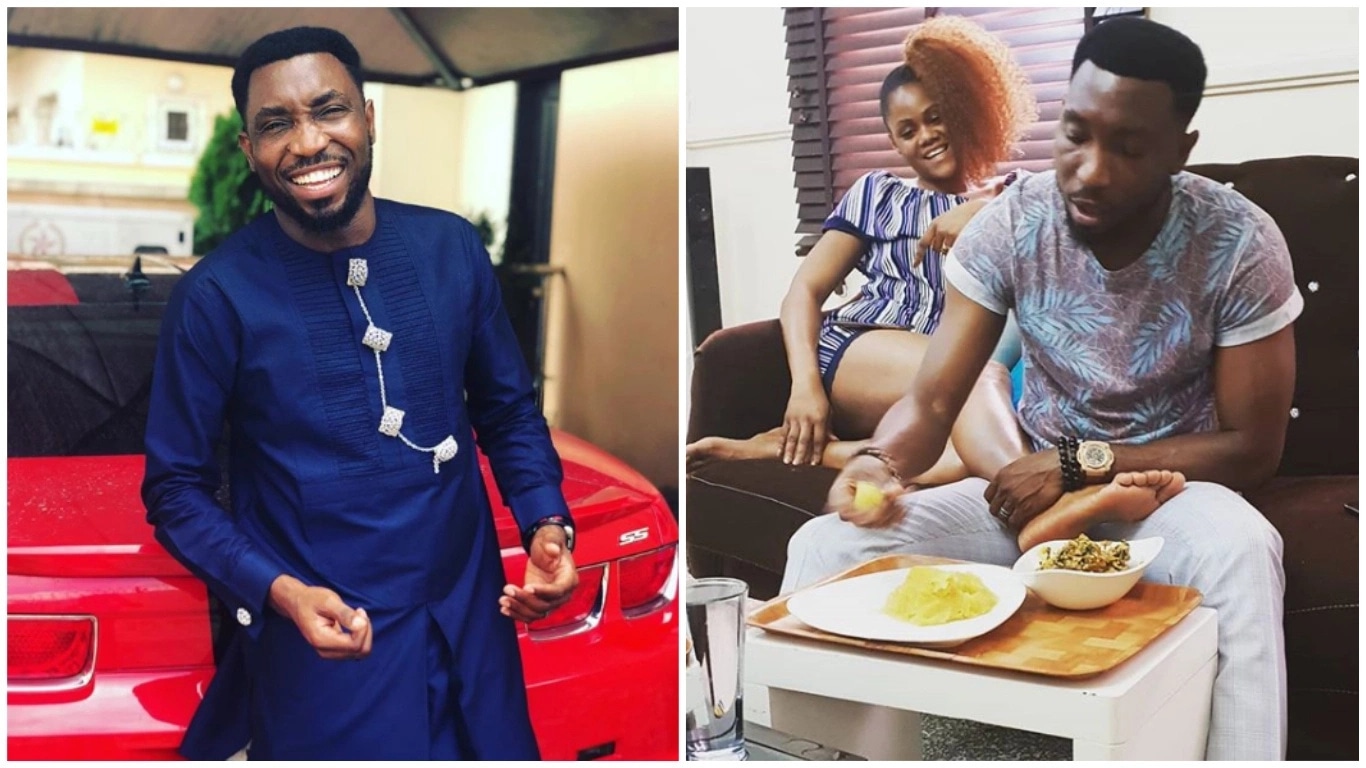 Nigerian sensational RnB singer, Timi Dakolo has given his followers on his social media page a reason to grinat his loving marriage after he shared a funny post on his page of recent. According to the singing sensation, he suspects that his wife, Busola wants something from him because of the manner she served him his lunch.

Sharing the cute photo of him having his lunch with his wife by his side while he eats, he says he finds the whole scenario fishy cause his spouse’s birthday is next week and there just might be a motive.