A Twitter user identified as @SpotterSuper, has taken to the social networking platform to share a photo which shows the requirements expected from a man who intended to marry in Imo state Nigeria.. According to him the picture was taken in Imo state, where a groom was delivering the requirements demanded of him to marry his bride.

From the photo, one can spot several boxes filled with goodies, crates of drinks, live goat as well as several ankara print materials.

The photo which has been trailed with mixed reactions and criticisms from online users saw many questioning why getting married in some parts of Nigeria costs the groom and his family so much, while others agreed that it is unfair to pay so much and still be expected to preserve the wedding.

The authenticity of the viral photo or where in Imo the image was captured, were not ascertained
as at the time of filing this report.

See the full photo below; 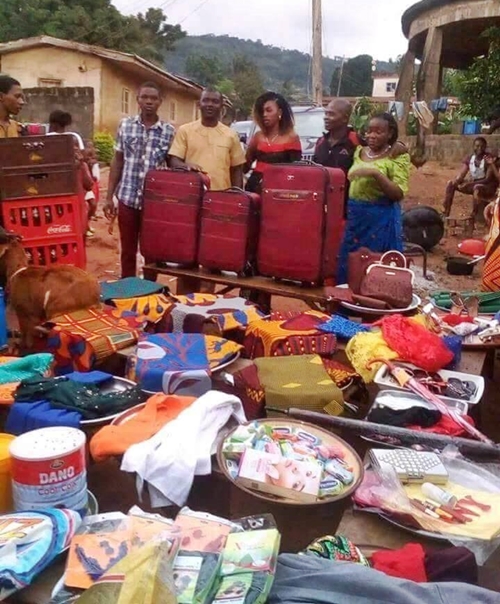