Yahoo boys hire soldiers to flog a man who ripped them off of $22k in Maryland, Lagos (Video) 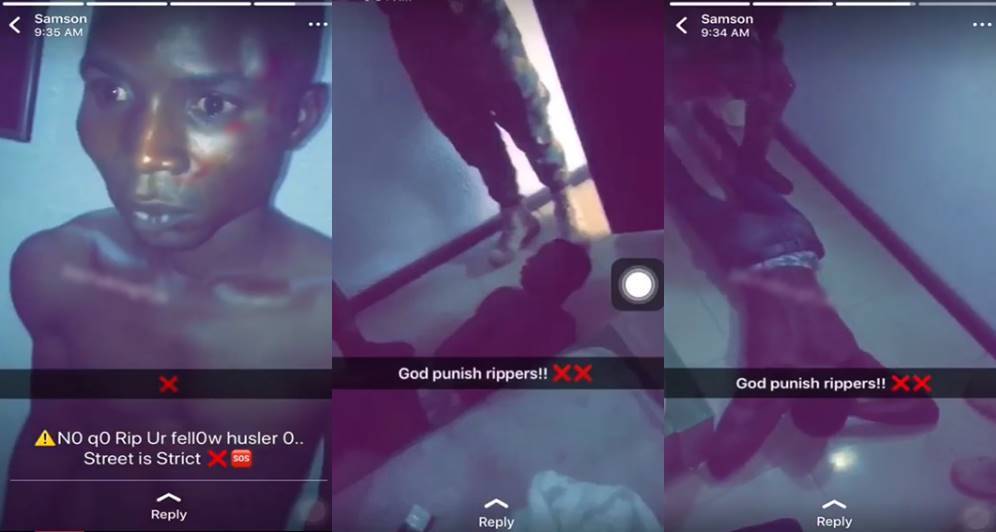 A graphic video which emerged online and is making the rounds on social media, shows the shocking moment some suspected Yahoo boys were flogging a young man who allegedly ripped them off of $22k (about N7.5m) in the Maryland area of Lagos. The clip showed some soldiers who were present during the torture of the victim as they were said to be hired by the internet fraudsters to brutalize their colleague who defrauded them of their fraud money.

The identities of the Yahoo boys, the victim or the army officers who supervised the torture, were not ascertained as at the time of filing this report.

Graphic: Yahoo boys hire soldiers to flog a man who ripped them off of $22k in Maryland, Lagos 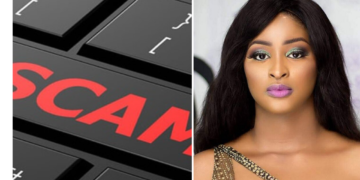