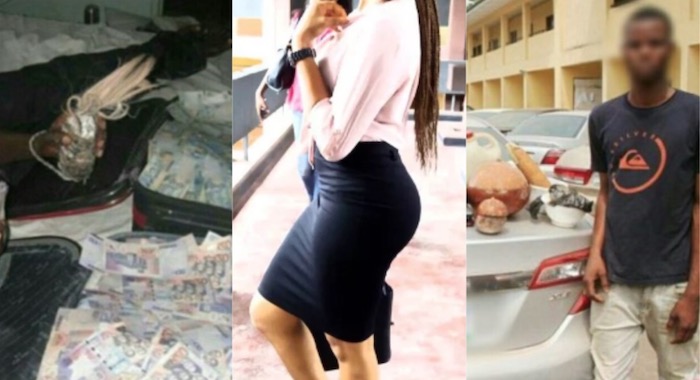 Guys, please be careful out there. Street is Military like they always say and some of the girls you think are riding for you,… Are actually riding d*cks behind you! Just imagine dating a girl who intentionally sleeps with a Yahoo guy, sorry, scratch that, she sleeps with a Yahoo Plus guy!

A man, who preferred to be anonymous, has revealed what happened to him, sharing the story, he said that every time he slept with his girlfriend, the next day, he gets sore throat, fever and falls sick in general.

According to him, the Yahoo guy ate faeces during incantation, and used the same mouth to kiss his girlfriend. And when his girlfriend visits him, they kiss. This made him to develop soar throat among other health issues.

You don read: I dated her for 8 years, took care of her, never had sex with her, after her MSc, she dumped me – Man shares story

Prev postNext post
Use your ← → (arrow) keys to browse
Tags: entertainmentGFGirlfriendLovemanMoneyStoryYahoo Plus
Share14Tweet9Pin3SendShare