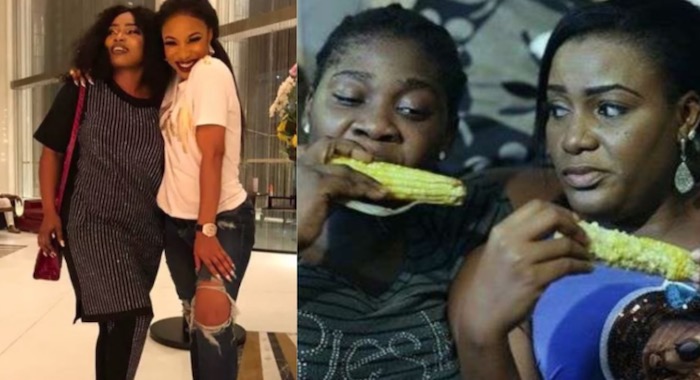 Halima Abubakar at war with Mercy Johnson and Tonto Dikeh

Yesterday, we reported that Genevieve Nnaji, Rita Dominic and Omotola Jalade, after allegedly having a heated argument, resulted in Genny unfollowing the two stars as a result of Rita taking sides with Omotola, well, it seems like same may have happened with Mercy Johnson, Tonto Dikeh and Halima Abubakar.

Though we haven’t been able to confirm what went wrong amongst these three Nollywood stars, rumour from the gossip-mongers association, says that Tonto Dikeh irked her former besty, Halima Abubakar, which resulted in Halima unfollowing her.

This caused a chain reaction as Mercy followed suit, but in this time, in favour of Tonto Dikeh (who mended fences with her last year). Mercy unfollowed Halima Abubakar, making it a war between Halima and newly best friends, Mercy and Tonto.

As at reporting this, we haven’t heard from the parties involved as they are both mute to the “alleged beef going on”

An app for checking followers, shows that Mercy isn’t following Halima anymore, though Halima still follows her. But Halima has since unfollowed Tonto Dikeh.

I guess this is a season of fresh wars, right?