It is obvious Wizkid is sleeping with Tiwa Savage - Nigerians react

Nigeria Twitter is on heat at the moment, and this is as a result of Wizkid’s Fever video with Tiwa Savage and I can understand. Hours back, Wizkid released a video that saw him go 100% sexual with Tiwa Savage (Btw, this video will definitely be banned by NBC). When I say 100% I may have even underestimated the sensuality!

Nigerians in their usual fashion, took to Twitter to condemn, praise and criticise the stars, others were even bringing TeeBillz to the matter. Some went as far as saying, “It is obvious Wizkid is Kna*cking Tiwa Savage“

Here is what they are saying, as Wizkid trends nationwide; 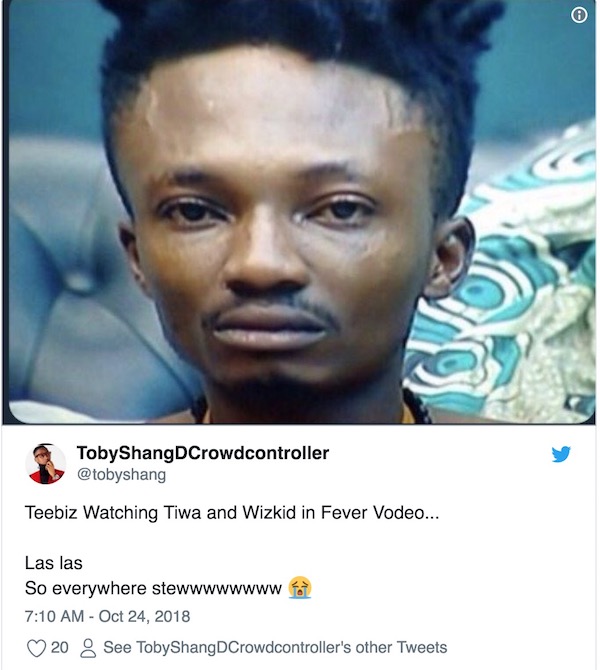 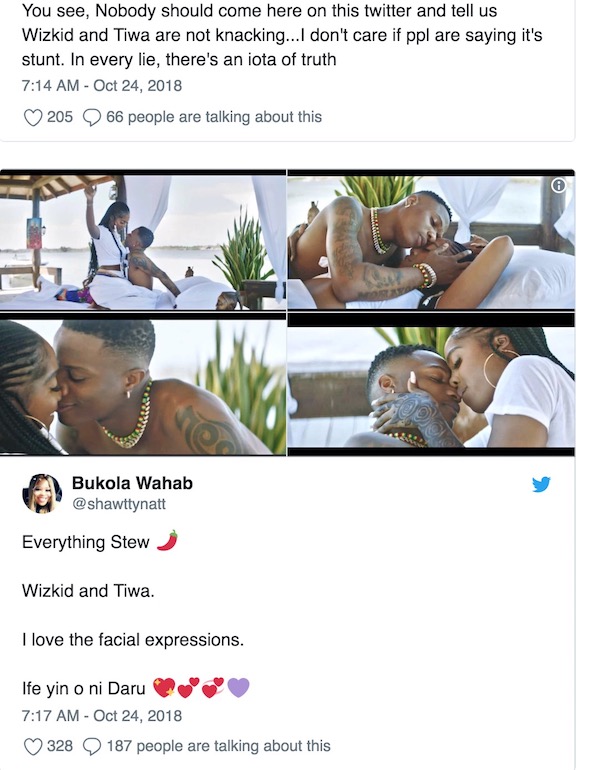 Here are some more;

Have you read: Tiwa Savage is Wizkid’s slave and will be his babymama soon – Fan bashes TeeBillz’ wife

@Mareeeeam :Lol pls when did Tiwa Savage become a video vixen?? or is this one assurance wizkid edition lmao

@martinsnoel1: Listen guys, this man @wizkidayo is mad, this guy has loads of mad songs he could’ve made a video for. But nah! He went for the one you guys called shit. Added tiwa savage again. Talk about taking control of your narrative. Maddddd!!

@Elcrucifixio: So I woke up to Wizkid’s Fever video. Mans actually turned someone’s wife to a video vixen.

Forget ehn, in this life, just know when it isn’t exactly existing or happening anymore, and officially walk out.