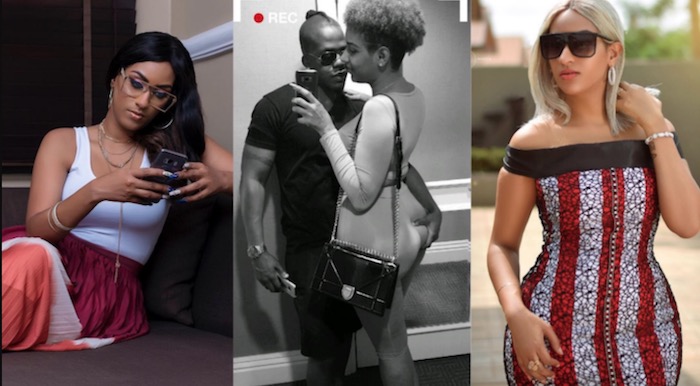 Juliet Ibrahim reveals why she broke up with Iceberg Slim

Last year was a blissful one for the romantically linked Juliet Ibrahim and her boo, Iceberg Slim. Last year saw a lot of fans think she would probably be wedding the singer any time soon, but things turned for the worse in their relationship. As things gradually unfolded, we got to realise that everything wasn’t as beautiful as we though.

The controversial star actress, Juliet Ibrahim has revealed a thing or two about her relationship with Slim, and here is what she had to say;

Have you read: Iceberg Slim bashes Juliet Ibrahim, calls her a toxic person and more (Photo)

“You don’t need to go for anybody. I carried myself.(laughs) When you are in love, you do crazy things and things happen.”

When asked if cheating was the reason for their split, she said

“I don’t know because they say and I hear all sorts of things but people close to me know what happened. I wouldn’t say because no matter what I respect the people that I have been with. We broke up on a mutual term”.

On her regrets, she said;

“You are not supposed to regret anything in life. You are supposed to learn, take it as a lesson.”