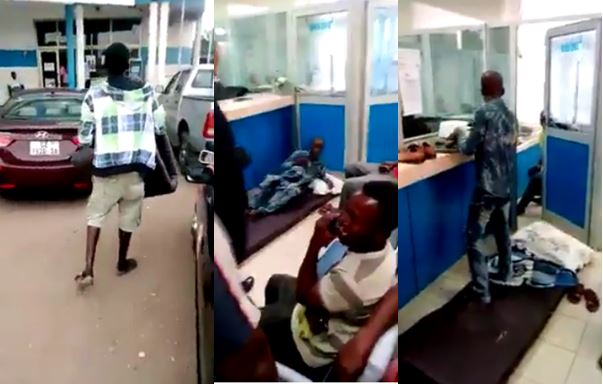 But anytime he goes in demand for his money, they tell him that the service is down so he should go and come back later.

So after doing this for a while, he got tired and decided to bring his mattress, pillow, luggage obviously filled with his clothes to make a home at the Banking hall.

So that until he’s paid, he won’t live to the building.

The Bankers were distant from him as he settled in the banking hall with his stuffs.