Yesterday, a video of the Nigerian Army shooting at Shites who protested and formed a roadblock against them, has gotten a lot of Nigerians upset with the Government. Nigerians, showing their displeasure to the act, took to Social Media to drag the Government and of course, the Army. The video, which has been widely circulated, shows the Nigeria Army shooting at the Shites and gunning some down.

A lot of Nigerians condemned the act of the Shites (for stoning the Army who were on official duty; escorting ammunitions and missiles from Abuja-Kaduna) but queried the Army for using Live Bullets to retaliate.

@cchukudebelu wrote;
“Violence is the currency of power in Nigeria. That is why Shiites can be gunned down in cold blood, in broad daylight, but they would have you believe that they are “still looking for Tompolo“. 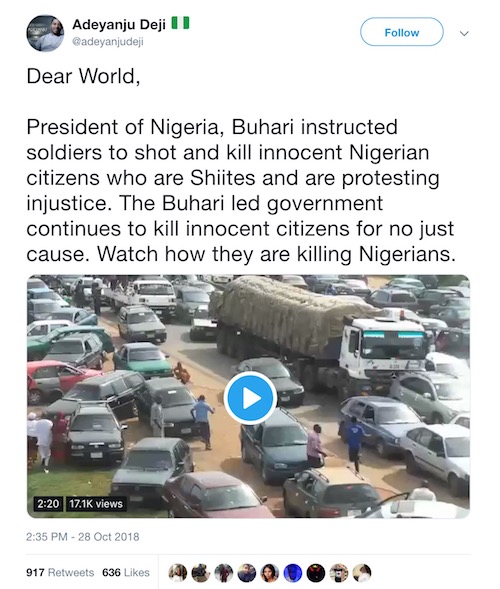 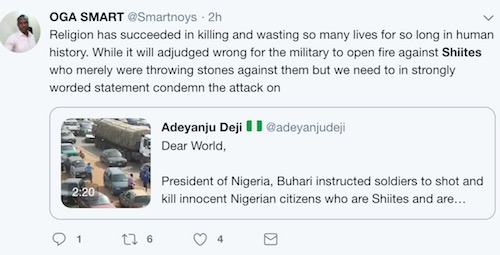 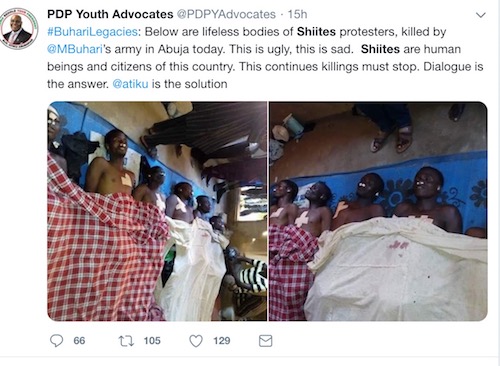 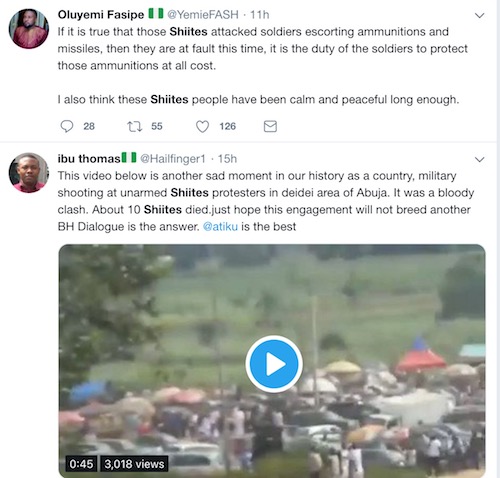 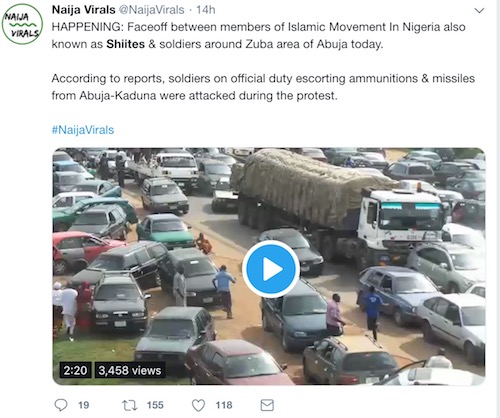 Marriage is not a spectator sport, Gbenro & Osas’ rumoured separation is an example of celeb curse – Ayo