Paris park where Nigerian women are forced into prostitution (Video) 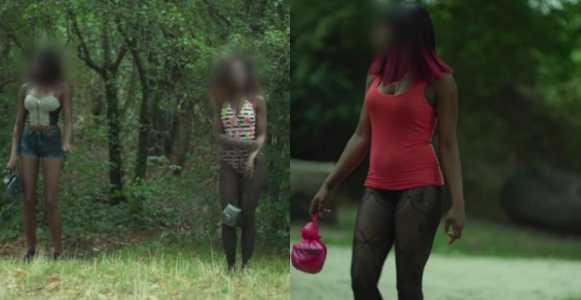 The Bois de Vincennes, a sprawling park on the outskirts of eastern Paris, is home to horse riding schools and a zoo. It has also been part-commandeered by human traffickers and sex slaves, 80 percent of whom are Nigerian women. The sex slaves are brought from various African countries, but the majority of them are Nigerians, and made to stand by the park, waiting for customers. At the end of the day, they return the money they made to their traffickers.

9 out of 10 women in the park are not free women. They belong to a network of human traffickers. The women have no identity and no means of escaping their predicament for several reasons.

Most of them are made to take an oath before leaving Nigeria. They are also branded on their skin by their traffickers, then transported to Europe like a “bag of fruits.” Most have no means of starting a new life because their ID’s have been seized by their traffickers. They also fear what could happen to them if they leave as a result of the oath they took, so they remain slaves to their traffickers.

Selling sex is reportedly not a crime in Paris but buying is. Hence, these women freely line the streets in very revealing outfits, waiting for men who need their services. At the end of the day, they remit all the money made to their traffickers.

When prison police were asked how this could be allowed to continue, they told CNN there simply isn’t very much they can do. The women are afraid to talk to them because of the networks and they say they’re moved around Europe very often. Also, there is an apparently never-ending supply of women from Nigeria desperate to go to Europe. They also added that “as soon as you dismantle a group, it only lasts, at most, 24 hours” because a vacuum is created for another network of human traffickers to set up.