12 oldest single actors & actresses in Nollywood – No. 5 is almost 50 and not searching (Photos) 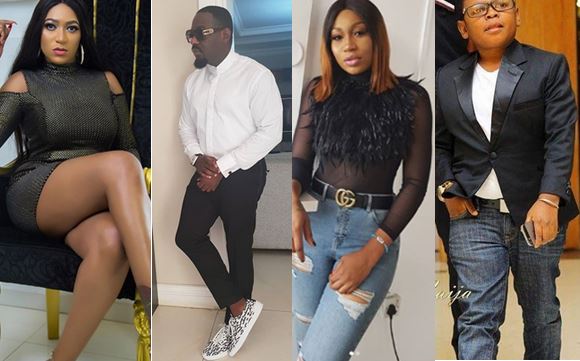 Oldest single Nollywood actors: Most of the times, when we talk about being single, people’s thoughts rush to the ladies only. This time around, we will not spare the guys! We will be looking at both actors and actresses of Nollywood who have refused to find who to tie the knots with. It is really painful to watch these handsome and beautiful actors and actresses grow old without making families of theirs, seeing how much they’ve contributed to the social and moral development of our society.

But surprisingly, this pain is just the palaver of the society and never theirs. They do not bother an inch about marriage, rather they even regard the people who are disturbed about their status as mere busybodies in other men’s business.

Here are the top 12 Nollywood actors and actresses who we may have to wait till eternity for them to walk down the aisle.

We can’t really tell what’s stopping Kalu from getting married. He is above 40 and it’s beginning to tell on him. The British-Nigerian actor and writer is pretty successful and has all it takes but is yet to get married.

For the robust and beautiful Ada, she’ll always say, “I’ll get married someday”. Maybe we need to support her claims with serious prayers so that this “someday” doesn’t remain a dream.

Prev post1 of 4Next
Use your ← → (arrow) keys to browse
Tags: countdownentertainmentnollywoodphotos
Share12Tweet8Pin3SendShare