You visit our country anyhow but still deny us Visa to yours – Khloe disgusted with UK, US and Canadian Embassies 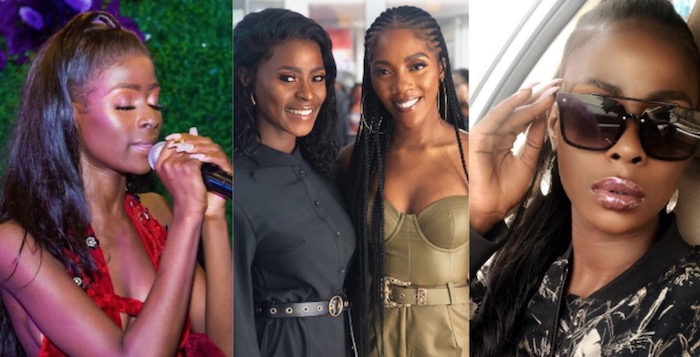 Khloe disgusted with UK, US and Canadian Embassies

Khloe, the controversial ex-BBNaija housemate has taken to her Social Media page to reveal her disgust with Embassies in Nigeria after she was refused Visa to US, UK and Canada. The reality star also made it known that UK embassy has denied her the most, 3 times she said. While US has denied her twice and Canada, once. Sharing her frustration with the system, she said;

“I’m so angry, pissed and frustrated. Been denied severally and it always put me in a bad state“

Below is what she put up on her Instagram page;

“Guys let’s have a chat about EMBASSIES in Nigeria …
What are your experiences?
What do you think can be done ? ——
Koko——-
I’m so angry , pissed and frustrated .. been Denied severally and it always put me in a bad state…. UK – 3times
US – 2 times
CANADA- 1 time
The most annoying part is it’s non refundable application . Some even pay For fast tracking which it’s not a small change … All documents required are complete but you still have a way of saying NO. Like my last uk application , the refusal letter was totally different from what was in the application and I was like where did I state this one. I said I’m freelance and you still asking me for salary records after explaining in a full letter how the money in my account comes in with evidence from the companies I worked for . Shame .

Yah all visit our country without stress but making ours hell and have an embassy in our country :
SOME OF US CANT EVEN LIVE OUTSIDE NIGERIA .we just want to visit , explore and have fun . So sad * I think it’s fair enough to have a proper interview not that 1min interview claiming psychologist * I think it’s better to get a refund after refusal . At least 50%
* I think it’s cool to do a proper check on individuals
And so on .
PLS SHARE YOUR TAKE AND EXPERIENCE ON VISA APPLICATION“