Nigerian highlife musician ,Flavour has welcomed his third child with his wife,Sandra Okagbue, Miss Petite Nigeria exclusively revealed. Sandra welcomed her baby a few days ago in a Dallas ,Texas hospital in the U.S. Not so long ago there was a rumour that Sandra Okagbue and Flavour were getting back together.

Fans even asked: is Flavour married in secret? However, the singer talked about his love for music and the fact that he is not yet ready for such a step. He first needs to build a career and then treat the creation of a family with all seriousness. Now he does not have the opportunity to give a potential wife and children as much time as he would like.

Although the secret wedding between Flavour first baby mama and singer never took place, a year ago they were seen together at the same event. The musician performed there and Sandra Okagbue supported him. 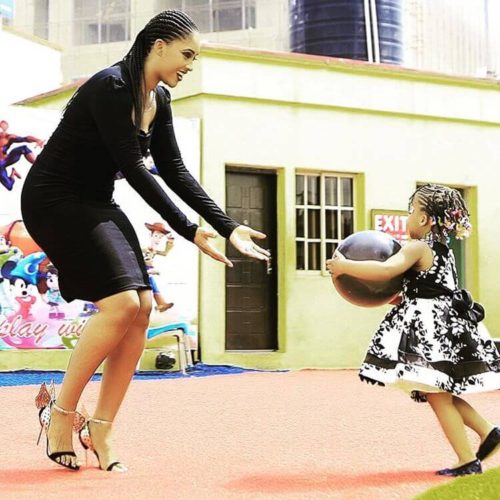 The couple already have a four year old daughter.Flavour has another daughter with ex-beauty queen ,Anna Banner.