This actress is not only known for her great acting talent but also her curvaceous physique. No matter what she wears in her movies, her shape will always stand out. She rose to fame in 2004 for a role she played as a maid and has never looked back ever since.

She is married to Prince Odianosen Okojie and they have three kids.

Popularly known as Ini Edo, she started acting over a decade ago. She is not only known to have a pretty face but an attractive bum.

Over the years, she managed to shed off some pounds making her look even more attractive.

She knows how to look great on the red carpet and her body helped her land a role in several commercials. This sexy actress got married to Philip Ehiagwina in 2008. 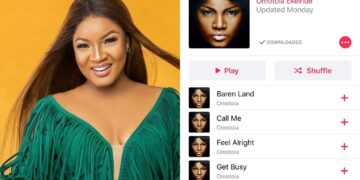