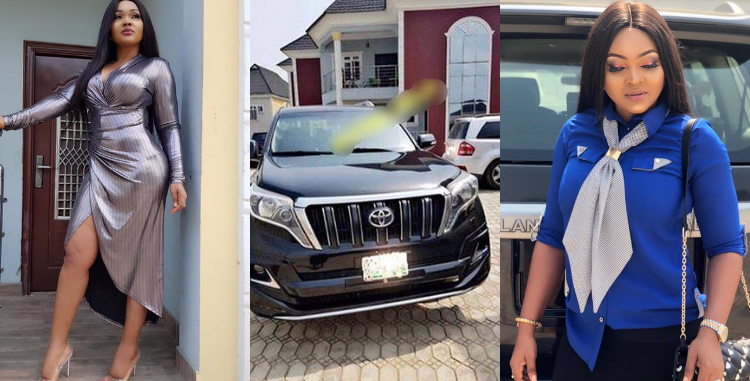 Nollywood actress and businesswoman, Mercy Aigbe ended the year in a grand style by acquiring a Toyota Prado SUV . The actress has joined the long list of celebrities who recently acquired new rides.

Report of Mercy Aigbe buying herself a Toyota Prado, is coming months after the actress debunked rumors that her house was allegedly bought by the governor of Lagos, Akinwunmi Ambode.

Mercy Aigbe took to her Instagram page to debunk the rumors, and even claimed that the house is just a tip of the Iceberg and that there is more that the world is yet to see of her.