A mass communication student of the University of Lagos identified as Tobi Jacobs who leaked a viral after sex tape with DMW artiste, Peruzzi has allegedly gone missing.

According to Twitter user, @bzee01, the 18year old immediately went missing after the video went viral and all attempts to reach her has proved abortive as her phone remains switched off.

Peruzzi bribed you to counter my story – Lady who…

Tobi Jacobs is missing at home since d video in bed with peruzzi was posted, family/friends are scared n have bin searching for her, her phone is switchd off. She is just 18yrs could be suicidal atm 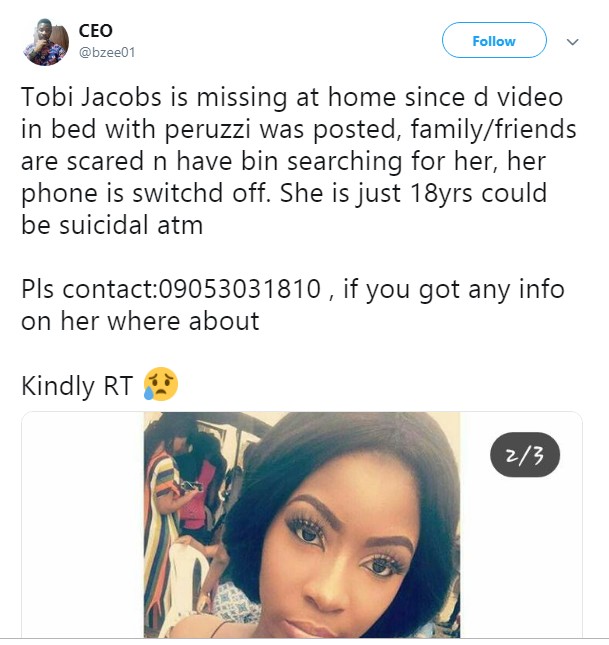