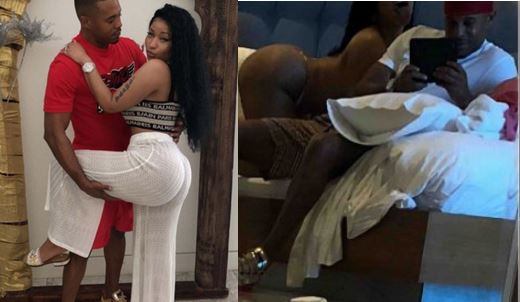 Kenneth who is reportedly a father of five was also served seven years in jail for manslaughter after being involved in the shooting and killing of a man.

Nicki defended him earlier saying he was 15 when he was convicted of rape. Responding to a comment on her Instagram page, she wrote:

He was 15 ,she was 16…in a relationship.But go awf,internet .Y’all can’t run my life .Y’all can’t even run y’all own life .Thank you boo.

Shortly after defending him,she shared racy photos with him, which simply could be regarded as an indication that the rapper is surely having the best time of her life with the new man