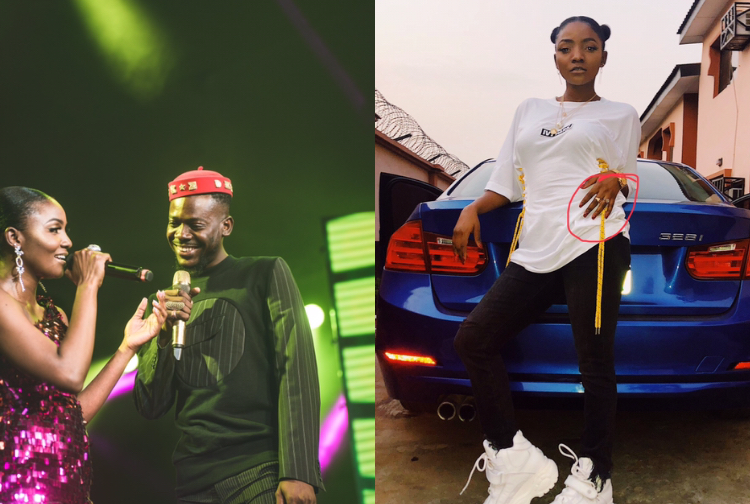 Simi and Adekunle Gold have finally put a name to their hide and seek relationship. Recall that our social media watch team spotted a ring on Simi’s left finger in a photo she uploaded on her Social Media page two weeks ago.

Just as we predicted wedding bells for the celebrity couple, TheNET reported that they got engaged this past weekend and the big announcement will be soonest.  The report reads;

“Did you guys hear that Simi and Adekunle Gold are now engaged? The two had a low key introduction ceremony this past weekend. ??????
.. It was attended by only their family and close friends, and photos were not allowed to be taken. Wish them all the best guys! And when you see photos, remember we told you first” ????❤️❤️❤️❤️
They are now accepting hashtag suggestions oh 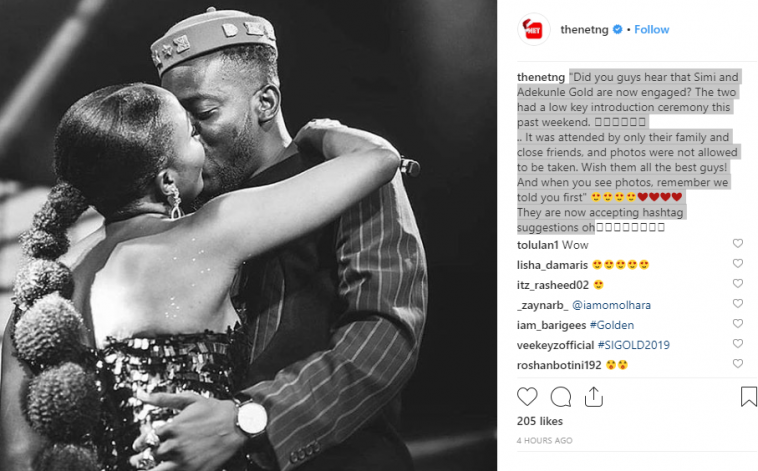 This should be a check on the list of Nigerian celebrities we predicted will get married next year. 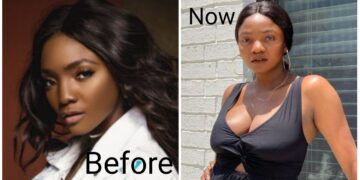